Art In the Air 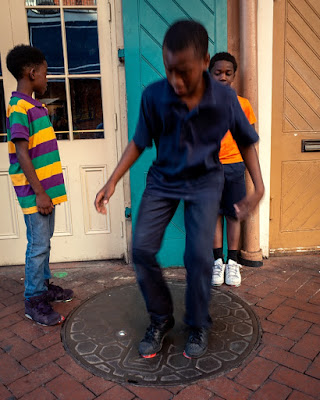 Sunday was quite a day.  It was nothing, then it was something.  I had dinner at my mother's house last night.  We ate inside for the first time in over a year.  It seemed terribly weird.  Everything appeared cramped, small and closed in after sitting out with the great expanse of sky before us for so long.  But the dinner was good.  My cousin was there and the three of us ate asparagus and baked potato and bbq boneless ribs that were delicious.  My mother and I drank a bottle of wine.  Desert was a freshly baked loaf of cinnamon bread, half of which came home with me for my morning coffee.  A good time was had by all.

Sunday dinners with mom will once again become the norm.

Today, I learned on a group chat that the kids at the factory could all get vaccinated now.  And they all did--excitedly.  Everyone is happy that soon we will all be able to get together for monthly b-day drinks again.  The world is beginning to open up.

When I got home from mother's, I had word that two of my photos were sold at auction.  I didn't get the million dollars I had hoped for, but $24,400 for two prints was fine.  Unframed.  Amazing.

O.K.  I didn't get that much.  But they sold for as much as a Louis Vuitton bag, so I am satisfied.  More prints will be up for auction soon.

And. . . I've been working on the book recently.  "Lonesomeville" will be a semi-reality soon.  It should be around one hundred images or so.  If the quality is o.k., I'll let you purchase a copy--if you want--at cost.  Just for the readers of the blog.  I am making the book to send around to publishers to see if anyone is interested.  If not. . . well, I have some other ideas.  It is totally the wrong time to do this which makes it so perfect.  Don't do a thing when it is popular and easy.  Then it is only polemic.  Be like Dylan going electric when everyone wanted him to be acoustic/folk.  He took a chance.  They booed him, but he left Hootenanny and took off.

I could, however, go right into the shitter.  But whatever.  We'll see.

As I say, though, the world is opening up, and next week we return to Daylight Savings Time.  Evenings will be brighter, longer, and we will all be out at the cafes again, in our own way, eating and drinking and seeing friends.  By then, I hope to be an artist of repute.  I'll need a body guard to keep the women off me.

That was last night.  And this morning, I woke to an email from an old friend who says she misses me in very poetic ways.  I haven't seen her in years, so I am hesitant.  I mean, the years have not been kind.  I have not seen her since long before the crash, long before I was Tarzan in Decline.  Oh, stop it.  It's my blog.  Let me mythologize myself a bit.  Just because you never saw me swim up a waterfall doesn't mean I didn't do it.

And actually, I have had a request for more of my adventure travel tales with Brando.  To what might that be attributed?  Again. . . I think it is an indication of what people want to have come.  Those who have obeyed Covid protocols are anxious to join those who have paid no attention to them at all--The Selfish Spreaders of Illness and Disease.  It's a personal choice, right (Q)?  Most of my friends have been the rule keepers, and now they are like long-coiled springs waiting to explode.  As more vaccines get into more arms. . . well, soon EVERYONE will be having Sunday dinners with mom.

Don't tell me I don't know how to party.

Just now an owl or two near my house have set up their own loud party.  It must be mating season.

I just Googled it.  Barn owls are monogamous and in my own home state they lay their eggs in February, so they must be raising their young now.  I will need to head off to the gardens to see their furry white young.  The whole neighborhood will be talking.

So yes, by God, the Liberation is almost here.  I'll call some friends this week and meet them out for drinks.  We must enjoy this semi-tropical weather, perfect temperatures and blue skies, and soon, the daylight that extends into the evening.  I think I'll get a fish sandwich from the local fresh fish place, perhaps, and clink glasses with some groovy beers.  I'm done with letting the heathens have all the fun.