To Fill the Void 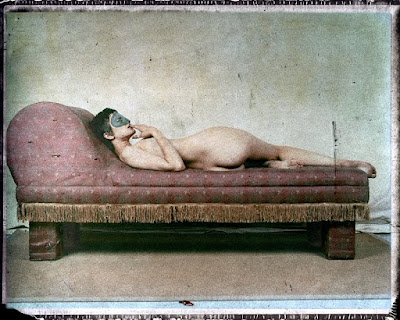 I want to go for a cocktail here on a beautiful Saturday afternoon.  It is 92 degrees (in the shade) with low humidity, a perfect afternoon for a margarita or a daiquiri.  I think of going to a favorite bar, but I don't think they have a bar outside.  The bars on the Boulevard do not serve good drinks.  You have to stick with beer or wine or something up or on the rocks.  A good bartender is another thing.

But I do not go.  I am desolate and destitute of love.  I am out of practice and perhaps no longer capable of doing things alone, though that is funny since I have been alone for over a year.  I sit and stare and try to drive away the perfect minutes of this day.

And then I decide to make my own margarita.  I drive to the liquor store to buy some mix.  Oh, I know, it is not hard to make a margarita, but it is hard to make a good one.  Ili made great ones with all sorts of secret ingredients.  I followed the recipe for a standard margarita, though, and it is as bad as any of the ones on the Boulevard.  So I decided to try an "artisanal" mix, one that looks so cool in its clear bottle with the clever packaging.  Back home, I mixed it with tequila and ice in a shaker. 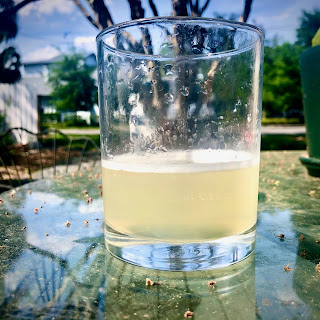 It is really good.  God loves an artisan.  And so I decide on a second one.  And for some reason, I feel much better than I did before.  All uncertainty is gone.  The day is lovely.  But there can be no third.  It is time to see my mom.

Saturday night.  No seder.  No passover.  I'm not really Jewish, I just got that way from watching all the old Borscht Belt comedians when I was young, and, of course, Woody Allen.  I have a down the street neighbor who is a young Rabi.  He isn't funny, and indeed, he is a bit of a pain in the ass.  I don't think he shares my idea of Jewishness at all.

And I was wrong about the full moon.  It occurs today.  Worm Moon.  Mosquito Larva moon here.  The little fuckers love me.  Sometimes love isn't all it should be.

Nothing happened to me yesterday.  Nothing good, nothing bad.  Just nothing.  I am having trouble filling the void.  This, however, should be placed in the plus column as the void has been filled with a certain terribleness for a long time.  And there is still some secret terribleness that I won't share with you, thought may become obvious at some point. For now, I am hoping it will pass.

But there is a small but wonderful thing that I should not overlook.  I couldn't bring myself to kill the possum.  Opossum, I should say.  I didn't buy the poison.  Rather, I purchased moth balls.  I read that opossums couldn't stand the smell of them.  I put them in front of the openings that lead under the house.  And for two days now, there has been no odor.  I will buy some screen to cover the openings with today.  Ms. Opossum will have her babies elsewhere.

The only sadness is that I think the cat was sleeping under the house, too.  It was coyote proof.  She seems to be spending more time sleeping on my deck now.  I hope she finds some safe shelter.

I told my mother I would cook for her tonight.  I will show off my skills with my new enamel covered cast iron pot.  She has not eaten here for well over a year.  Now that the smell of wild animal ass is gone. . . .

A good time will be had by all.

Oh. . . Mea decided she liked me and my project and didn't want to shoot for money.  It was quite flattering.  She was alright.