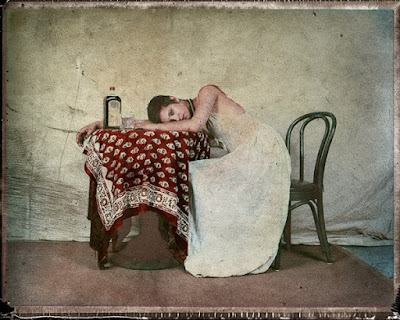 The Census Bureau defines a person of the Asian race as “having origins in any of the original peoples of the Far East, Southeast Asia, or the Indian subcontinent including, for example, Cambodia, China, India, Japan, Korea, Malaysia, Pakistan, the Philippine Islands, Thailand, and Vietnam.”

Whoa!  That's a whole lot of people.  In my experience, they don't see themselves a single entity, though.  Filipinos, for instance, aren't high on the Vietnamese.  And you know what the Japanese think of the Chinese.  What is it they call them?

Most people, however, refer only to East Asians as Asians.  And they are a very diverse group.

Every time I hear or read the use of the word "Asian" in the press, I wonder how long it will be before they make any distinction.  We love to group people, but it really isn't so very effective in understanding them.

When the phrase Asian American was created — in 1968, according to activists and academics — it was a radical label of self-determination that indicated a political agenda of equality, anti-racism and anti-imperialism. Asian American was an identity that was chosen, not one that was given.

Over the last 50 years, however, as people of Asian ancestry in the United States have grown in number and diversity, the term has evolved — raising new questions of who is included in Asian America, what it stands for and if it’s still relevant.

“If you were to ask most people who are Asian American, ‘Describe your race or ethnicity,’ they would say, ‘I’m Japanese American,’ ‘I’m Thai, Cambodian, Filipino.’ Very few of us would start out by saying, ‘I’m Asian American,’” Daryl Maeda, a professor of Asian-American studies at the University of Colorado, Boulder and author of the book, “Rethinking the Asian American Movement,” said (link).

As usual, I am over my head here and should stop.  But it seems to me, using the term "Asian" is worse than saying someone is "African" as it hinders thinking about true diversity.  The press has me thinking that most Asians work in massage parlors.  And we know that's not true.  They work in laundries, too, right?

O.K.  I always have to be a smart ass.  Apologies to the Woke.

I'm thinking about deleting all of this, and starting over and telling you about my day, but I think I'll save yesterday for tomorrow unless something happens to me today which will lead me to a dilemma of riches. Truly, nothing spectacular happened yesterday other than I had a few conversations, something that hasn't happened much in the past year.  No, nothing really happened at all. 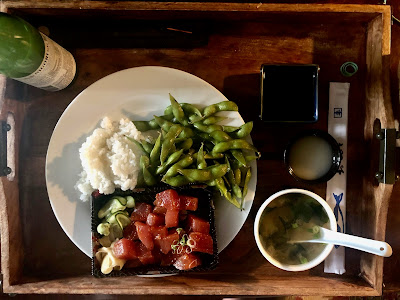 It was just another Friday night.  I ordered my dinner online, but when I went to pick it up, I had to wait another half hour.  I was peeved but tried to simply chill and enjoy the coming of evening relaxing on the Boulevard.  One of the waitresses came over and began to chat.  Several of them became concerned and the lot of them kept checking on my order.  The chatty one asked me if I would like something to drink, and I said no, but she insisted and brought me a Kirin.  She said that she knew I came every Friday night. WTF?  "I don't always get the same thing," I offered meekly.  There weren't many customers and she stayed beside the table and offered up information about herself.  I was feeling a vibe, as they say.  She was pretty and young enough to be my girlfriend.  That, at least, according to the woman who owns my cleaning service.  I don't see her or her husband often as I leave before they get to the house and return afterwards, but yesterday they came late and I had to get into the house to get something.  It turned out that she was not aware I had retired.  I told her it was not a good time to retire and went through my well-worn litany of complaints--girl left, retired, then lockdown.
"You need to get another girlfriend," she said.
"Not so easy in the Time of Covid," I said.
"Why'd she leave?"
"I imagine she didn't like me any more."
"Maybe it was the age thing.  You like dating babies," she said.
Then she observed, "You drank a lot this week.  There were lots of bottles."
WTF?!?!?!
More is known about you than you think.  I realized that I have had the same maids for over fifteen years.
Before I had finished my Kirin, an "Asian" waitress brought my takeout order.
"I'm sorry it took so long," she said.  "I see you here every Friday night."
They know me by name, too.
Perhaps the maid was observing Lent.  Tonight is Passover.  I looked up the connection just now on Google.  It is complex.  The Last Supper was a Seder, I read.  Jesus died on Passover, though for Jews it is the celebration of the Exodus, the freeing of the Jews.  We never mistakenly lump together the Arabs and the Jews, do we?  Diversity isn't easy.
Today is also the launch of the Sweet Sixteen.  Doesn't that sound tempting?  I will celebrate that tonight in my own way.
The chatty waitress wasn't Asian, but I am not sure what she was.  At least she wasn't East Asian.  She had a slight accent and seemed a bit exotic.  But there I go Orientalising things.  One should be more considerate on such an ostentatious date.
Posted by cafe selavy at 9:23 AM