Ending on a Safe Note 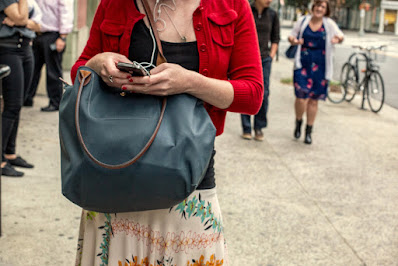 I intended to tell another story today, this one about the only friend I had who finished high school, but I couldn't find the pictures to go along with it, so it will have to wait for another day.  I hope I can find them today, but as I've admitted, my cataloging of things is terrible. I find images, but only by accident.

I'm trying to write, but texts are coming in.  And some pretty clever ones, too.  I made a mistake that I have been avoiding recently.  I cut and paste headlines that seem ridiculous to me and send them to friends.  As I've said before, I can only send certain things to certain people and nothing at all to others.  What I cut and send is very revealing and some don't appreciate my sarcasm.  But things such as CNNs reporting on Maxine Waters' remarks in Minnesota are too rich to let lay.  Their journalistic view gets progressively worse.  They can't simply report Waters' remarks.  They have to "but" the thing. . . you know. . . "but republicans have said worse."  It is like Fox News endorsing the idea that the shouting of the crowd is what killed George Floyd.

There is much that I find funny that I can't share with you here on the blog.  I just can't take the chance.  I've already lost readers who I have unintentionally insulted with my insouciance.  There is much that one isn't supposed to say anymore.  Of course, as I learned while doing graduate work in anthropology, it is the driving of certain views underground that causes the most damage.  We've taught people to have two narratives, one they use in public and one they use with their friends.  We see the result of such censuring all the time now.  The world is more constructed by secret cabals than ever.

Thank God for Dave Chapelle, but even he has been effected.

I'm not up for the public beatings at present, at least not brought on by my sarcastic humor.  And I am tired of trying to point out the failure of logic in the arguments presented to me by people I know.  It is too much effort to highlight errors for audiences of one.  Often it requires digging into their sources.  Doing it is too exhausting.

Besides, they are never convinced anyway.  There is always the "yea, but. . . " argument in the end.

To quote that quintessential sage, Groucho Marx, "Whatever it is, I'm against it."

I just made the mistake of citing a few examples which took a while, but then, reading them here on the page, I realized what a mistake I was making and deleted them.  I probably should delete this entire post and go look for the photos to go with the story about my friend.  But I won't.  I am lazy and it matters little anyway.

I'll end this by saying I love my new enameled cast iron pots.  They are wonderful, and right now you can get a set of two for $40 at Costco.  I may buy up a bunch and send them out to you at Christmas.  Probably not, though.  The postage on those things would be outrageous.  But I would encourage those of you who don't own such things to run out and get them and give them a try.  They are a marvel.