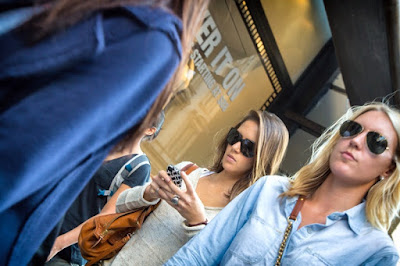 If you had $4 trillion, what would you do with it?  I just looked at the chart for Joe Biden's infrastructure spending plan.  Hmm.  There is much with which I don't agree, but you know, there is a lot there that has nothing to do with me and my ilk.  But I DO know that people in the various industries that service those pieces of the pie are going to be working long hours trying to figure out how to get it.  Oversight, as we know, will not be the the government's long suit.  I worked in an industry that was funded by government dollars.  Sometimes the dollars were hard to get, but when they came, oh, boy, everybody had an idea how THEY could use it.  There was always not enough or too much.  Either way, there is always a lot of paperwork.  But if I am a mafia roads contractor, for instance, I'm licking my chops.  Not because I can't wait to build roads.  Nope. Because I am going to be very, very rich.

Sorry.  It is just hard to keep track of that much money. Four doesn't sound like much and nobody can think in trillions.  Should we call it one thousand billion dollars?  Even that is hard to comprehend, but it makes it a bit clearer.  One hundred thousand million. 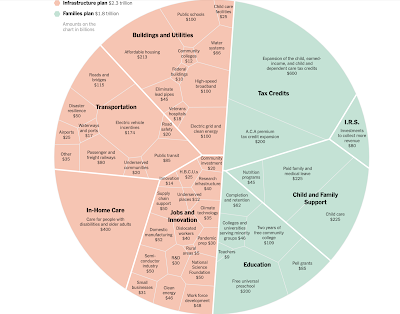 So now, go ahead and wrap your mind around this.  Each of these categories will have. . . oh. . . I don't know. . . many, many consultants.  You need consultants to tell you what to do with all the money you will get.  Consultants get a lot of money.  You will need extra people, too, to help you with the grant.  Before all of that, you will need grant writers.  And their team.  There will be a lot of travel money for everyone.  Teams will need to go to D.C., I'm pretty sure.  There will be conferences designed to help companies with navigating "the system."  I do not have any companies that would directly benefit from this, but maybe I should start one that will benefit those who do.  And me.  Help benefit me, I mean.

That's just a whole lot of cabbage.  Most of it will not go where it should.

End of sermon.  No, wait. . . one more point.  Let's take roads just as an example.  You are going to build a highway.  What is it for?  Is it so people can get places faster, or is it so developers can build new apartments and Walmarts?  First one, then the other.  It takes time, but eventually those who profit most will be the developers.  And how many government agencies will have a hand in that?  Just think of how many governments you drive through on your way to work each day.  How many county and city lines do you cross?  They will all have something to say about this.  There will be no end to the corruption.

So do I think we should not spend tax money on infrastructure?  I do think we should.  I just think that the way it is done is the problem.  Do I have a remedy?

Elect me and you'll find out!

That is what I (you) get for reading the news that I swore to eschew.  I did.  Most of it.  I couldn't help but click on the story of all the Jews who were crushed to death.  Turns out they were the Ultra Orthodox.  Religious Jews, I mean.

I was going to write about beans as a superfood today, but that will have to wait now.  But yea, beans are good for you.  Eat more beans.

It is Friday.  I think I will order sushi for the evening meal.  And a bottle of sake.  Making Fridays special again.