He Sure Could Write for a Kid 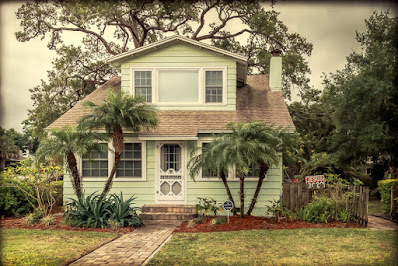 Just woke up.  Last night was bad juju for sleeping.  Rather, for not sleeping.  I've somehow damaged something on the right side of my rib cage midway down and slightly back.  I don't know how or when.  It just showed itself while I was showering after the gym.  When I lay in bed last night, every breath was a shooting pain.  At one this morning, I decided to take some Advil P.M.  I still have the pain but now I am dopey, too.  Hell of a combo.

I watched the Hemingway documentary on PBS last night.  Two hours of biography.  Nothing new or surprising.  I enjoyed the old films and photos, of course.  Some of the report suffered sins of omission, but you can't do everything.  They said, for instance, that Hemingway's father killed himself because he suffered from depression, which was true, but they didn't mention that he was suffering terribly from diabetes in the time prior to synthesized insulin and, being a doctor, knew his circulation was so poor that he was going blind and would probably lose parts of his extremities.  I don't think Ernest Hemingway was aware of that, at least not the severity.  Ed Hemingway was a pious and savage Christian who did not drink or smoke and whose only "sinful pleasure" was his love of pie which he could no longer enjoy.

They did play up the gender fluidity in Hemingway's life and work, of course.  How can you not in these trans-times?  They also pointed to his regrettable racism as evidenced in "The Sun Also Rises" and in the short stories.  Kikes and niggers abound.  Yup.  But the doc didn't have the courage to tackle it in its complexity.  All I can say is to read the texts, kids, and you will see.  It is there in the mouths of the characters.  But if you want to find the prejudices of the author, you must go to the thousands of letters he wrote that have been preserved.  See what was social and what was personal.  Without that, the argument is speculation and without evidence.

The best part of the doc is how well they highlight Hemingway's dramatic departure from all prior writing.  His style was sui generis; as they point out, it was as if he had never read the literature that had come before.  So radical and new was his style that even the greatest of modern authors were stunned. Hemingway ran against the grain of complexity that was the hallmark of writers from Joyce to Eliot.  Everyone could read Hemingway, yet as in the poems of Robert Frost, complexity was there below the surface of the still water if you chose to dive in.  If not, you could still enjoy the picnic from the shore.

By the time he was thirty, Hemingway was the most famous writer in the Western world.  And the wealthiest.

So, I have only picky complaints and a modicum of kudos.  I'll watch part two tonight,

When that was over, I turned to the Baylor/Gonzaga game.  No game there.  Gonzaga looked terrified.  Those Baylor boys were much too strong and mean for the likes of them.  Too bad.

I turned it off and went to bed.

Regress to paragraph one.

I couldn't wait to post today's picture.  The house is in the same neighborhood as the one I posted yesterday.  It is modest and beautiful and something along the lines I might afford.  Turns out my travel/art buddy knows the owner.  I said that I was going to call him "Art," but I can't.  I just don't like that name for him.  I will need something else.  However, he told me the house was struck by lightning and sustained extensive damage some years ago.  Perhaps that is when they added the dormer upstairs.  I'll have to ask.  But the post-processing of the image thrilled me as soon as I had done it.  It still does this morning.

The day is beautiful and I am coming to myself following the second cup of coffee.  I need to be a little productive today.  Retirement and Covid have made me more than lazy.  I was going to take a long drive somewhere today, but the hours are slipping by.  I have wedged my life between this morning ritual, healthful physical fitness, lunch, and visiting my mother at four.  Habit isn't quite as awful as routine.  I'm afraid I've slipped into the latter.  I don't wish to break my mother's heart, but a change is in the offing.  It must be or I am done.  No excuses.