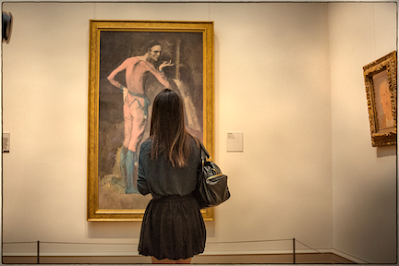 My problems are my problems, I know, but I haven't spoken to anyone in two days, so I just want to share them with you.  That's fair, right?  You've had plenty of conversations and opportunities to relieve yourself verbally.  I have only this silent typing.  And so. . . .

Yesterday my mother texted me a disturbing message.  Her friend, a woman with whom she had travelled much to many parts of the world, had called her.  Apparently, she had fallen and had been lying on the floor for two days before her son found her.  She must have been a mess, my mother said, since she now wears adult diapers.  She said the woman was fairly incoherent and was asking my mother, "You will feed me, won't you?"  The son wanted my mother to come over and bathe her she guessed.  He couldn't get his mother off the floor, he said, because she was too dizzy.  My mother said that he needed to call 911.

I tried calling my mother when I read the message, but she was out with my cousin and didn't answer her phone.

I have known the woman's son for a long time.  We went to the same gym for many years before it closed and we worked out at the same time almost every morning.  We were friendly.  It was by odd coincidence that my mother became friends with his mother.  The gym closed down, and after that, I didn't really see that fellow any more, but oddly, he is the one who saw me get hit on my scooter and go flying through the air.  That is what his mother had told mine.  I haven't seen or spoken to him for years.

The woman and my mother had some parting of ways a few years ago, and my mother hasn't seen much of her since, so it was odd that she was calling my mother for help.  I think, however, that the woman hasn't so many friends any longer.  She has two daughters to whom she hasn't spoken in years, who she has completely cut out of her life.  She is a difficult person, I think.

Throughout the rest of the day, the image of this woman lying on the floor as the sun set twice haunted me.  Of course it did.  It is certain, I think, to be my fate.  I feel I am dying often now.  I can simply feel life fleeing from me, leaving me behind.  It is what happens eventually, of course.  There comes a point when we can no longer keep up, when diet and exercise and a good attitude can no longer help.  We must choose whether to live with remorse or embrace our fates.

I am fascinated by those who have chosen to snub the flame rather than simply watch the candle sputter and die.

I am also fascinated with those once successful and beautiful who maintained their bravado with great aplomb as time stripped them first of their looks, then of the rest.

Time is the only reality, I guess, and the greatest enigma.  The terrible irony of life is that as we slow down, our trajectories quicken.

They lay Prince Phillip to rest yesterday.  He lived long and had many advantages.  I'm pretty sure it made a difference.