I Need Some Goop 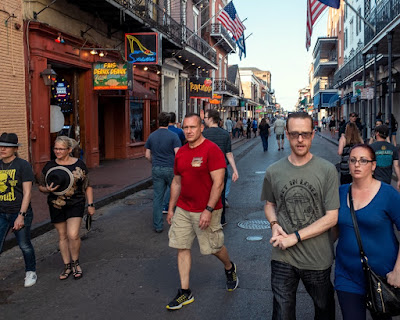 I'm in a weird place at the moment.  Not a physical place.  I'm at home.  "Place" may not be the correct term, just some lazy use of the common jargon.  State?  Yes, that would be more accurate.  And "weird" is not very useful a descriptive term, either.  Better to say that I'm in an uncomfortable state at the moment.

That's not really any better.  And besides, who isn't?  Some horrible version of the world is brought into our homes on a daily basis.  People are a dangerous mess, we realize, whether they intend to be or not.  Just our very existence is a hazard.  Seen from a distance, which is how we see humanity now, we are hideous.

Emotionally I'm worn out.  Physically I'm busted.  I am trying to keep the last part of me together.  I've become intellectually slack this past year.  And so I've begun to read more seriously than I have been, and my t.v. time has been spent, by and large, watching lectures and documentaries of significant nature.  Such things, however, even when profound, are rarely comforting.

For instance, I watched a documentary on Jack Kerouac two nights ago.  The beats were a bunch of goofs and most of what they produced in art and literature is jejune swill, but Kerouac himself had a moment or two of clarity before he burned himself out.  And boy, did he.  He was a terrible mess by the time he hit his late 30s.  His great champion, Allen Ginsburg. . . well, he was all over the place, wasn't he.  He was a very generous mess himself.  But he did have some wonderful things to say from time to time, and he had the best line of the doc.

"Grief," he said, "is the realization of the ultimate condition of our existence."

Last night, I watched some documentaries on 19th century French literature and one on painting of the same period.  Then I fell into one on Proust.

None of this helped me in any way.  One of my former colleagues, now dead, once told me he thought modern literature was a source of mental anguish and illness.  He was older than I.  I am catching up, and I think I realize what he means.

This morning I woke up from some irritating dreams in the dark.  They weren't terrible nightmares, exactly, just irritating thoughts and remembrances.  As I lay there in the dark, in between sleep and wakefulness, I found myself going over some of what I had been watching and thinking, and I was mulling over the Shakespearean and Proustian concepts of time, old age, death, and the pathos of it all.  I thought about the suicide of Thomas Chatterton and its influence on the Romantic writers of Europe and began wondering how most people committed suicide then.  Chatterton drank arsenic.  I then began to think about the chopping block and the executioner who was supplanted by the guillotine, and I thought about its invention and wondered about the person who came up with the idea and worked on its perfection.  I thought of people gathering to watch the execution and wondered about the psyche of the person who performed the act.

It then occurred to me how horrible it is that we are willing to kill people who don't want to die but deny the right to people who do.  There are more pleasant and easy ways to go than arsenic or the chopping block, and when grief seizes one, that realization of our true condition and fate. . . .

It was early, but I had to get up.  I could not continue to lie there in the dark with such ideas.  I put on the coffee and brought up the news.  Bringing up the news did not put me in a better state of mind, however.  Perhaps I could have chosen to begin reading Proust, but what horrors await us there?

I'm thinking of signing on to the whole wellness/happiness gig.  You can make fun of Gwyneth Paltrow all you want, but she is surely happier than I.  She looks it, anyway.  Whatever the plan is, I want on.  If there was a happiness pill, I'd take it.  And I think Goop might be selling some version of it.  Happy happy, joy joy. . . .

The sun is up now, and the day is grey.  I didn't need a grey day, but I'm not sure I could have stood a sunny, wonderful one, either.  I may take something to put me in a coma for a while, 24 hours or so, and see if I come out the other side better.  And perhaps I should give up on the serious reading and t.v. watching and go back to thoughtless entertainment.  More "Southern Charm" and "Below Deck."  More "Emily in Paris."  I'm not sure contemplating complex philosophies is what I need right now.  I may be coming to an understanding of the mindless, ecstasy-fueled, rhythmical music and  beat-driven madness of late night clubs and vast desert festivals.  And I'd consider it but for the aftermath.

For now, I will try to meditate on positive things and perform some solitary tea ceremonies in an attempt to become one with the great being. . . or something.  Tie-dye and mandellas.  The soft chanting of om mani padme hum and finger cymbals.

Or perhaps, I should simply join the crowd and try some therapy.