At the Intersection of "Don't" and "Go" 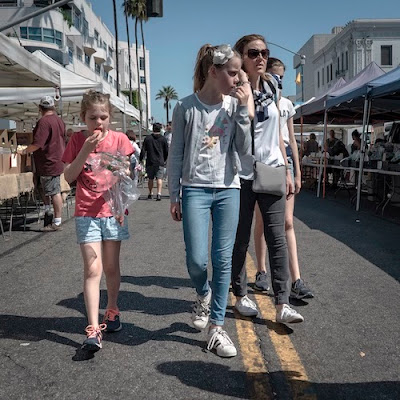 Yesterday, I got this from a friend:

I was at my mother's house having dinner, so I didn't respond immediately.  It was a funny coincidence, I thought, as I had been considering my own penchant for weirding people out.  I had been having a text conversation with a conservative buddy of mine who is one of the cleverest people I know.  We used to run together when we were in our thirties, and we both got married when we were forty.  My marriage lasted a decade.  His is still ongoing.  He moved away a long while ago, and I hadn't communicated with him much until recently.  It was only that my life became Mr. Toad's Wild Ride after I divorced, and I didn't wish to tell my married friends tales of crazy nights the likes of which they could no longer participate.  I had liked being married and had no desire to inspire the erotic imaginations of the peacefully engaged.

However. . . yesterday I introduced an opinion about seventeen year old college students/hookers.  I said that if anyone was to be punished, the parents should go to jail, too.  Too much?  The response I got was "wow, we took a turn here.  I'm at the intersection of don't and go."  I don't expect to hear from him again for a long while.

That evening, I responded to my friend's text.

"Really?  Where’d you meet them? Consider yourself lucky.  Even deviants don’t like me."

I had to keep chuckling over the term "wholesome people."  Sure, I know what he meant, those seemingly morally constricted working upper middle class members who are so very Victorian in attitude with their social media masks and community fish fry values.  One must remind oneself, however, that the Victorian society with its conservative moral code was one of the most deviant and corrupt societies ever to evolve in Europe.  It was that from which Freud was birthed.  With its strict sexual morals, London had more than 100,000 working prostitutes at the turn of the century.  I say!

One of the hallmarks of "wholesome" seems to be the family unit.  Everyone decent, of course, distrusts a bachelor or divorcee.  Yet, having been involved in "wholesomeness" for long stretches of time, I've gotten to see it close up.  From the inside out.  And while I mind it little more or less than I mind the "deviant," I know that "wholesomeness" is based, by and large, on the same selfishness it looks down upon.  One need only turn a blind eye to the price of wealth to engage.  Child labor, environmental disaster. . . whatever the cost.  You can always buy a bumper sticker, of course, or, if you are really "there," attend fund raisers for causes.  But all that is like the benevolent actions of corporations or the public service of the ultra wealthy.  It has no real effect upon the lives of those who give other than to make them feel better about themselves.  What I mean is that they don't give until it hurts.  They give when it feels good.

To make my point more mundane--I feed a feral cat.  The cat doesn't like me.  I mean, she only comes for the food.  Why do I do it?  Well, I imagine that it makes me feel benign or more, and it really costs me nothing.  I am the benevolent benefactor of this creature.  Yay me!  I give money to public radio and have contributed to causes.  I've marched in the streets when needed.  All of that made me feel better--about myself, if I had to be honest.  Hell, for all I know, the money I give may be going to sociopaths who misuse the money.  And the things I marched for have helped make society the mess it is today.  But me?  Hell, man, I was on the right side.  It was a good cause.

And it was outside, there was music and drugs, and sometimes I got laid.

I made up the last part.  It just seemed to fit.

But back to the "family unit" idea of wholesomeness.  I've always wondered why people have children.  I realize it is a biological need stimulated by pleasure, but today one need not have children to satisfy at least part of that desire.  So what is it that motivates them?

This is where I get into deep shit with my friends, many of whom have children.

But truly, why?  It can't be for the sake of the children.  There are no unborn children begging to be born.  And as they become less dependent on their parents, children try as hard as they can to separate themselves.  Sure, there is a bond, and sometimes love, between parent and child, but the parent/child relationship is a big part of what people talk about in psychotherapy.

Now, with something like a majority of marriages ending in divorce, kids are more fucked up than ever.  They confess to being raised by social media.  Once they leave home. . . well, you know how that goes.  My mother's neighbor is 90 years old.  Her husband died and her kids are scattered.  She lives alone.  The kids come to visit once or twice a year.  I wonder how many parents are trying to compensate for their own childhoods or their own alienation from their families.

I don't know the answer to that, but I do know that grown children (I love that term) are not talking about how great their parents are, or not until they need help.

Nope.  There is not so much "wholesomeness" in that as our contemporary Victorians like to paint.

Church used to be a big part of all that.  Now, of course, more people are "spiritual" than religious, but I told my buddy that I was thinking of joining his religion.  I would become a Catholic before joining any other church, I said.  I love all the beauty they use to cover the corruption.  The history of The Church is fascinating.  I am no fan of Martin Luther.  He was a sexual deviant, sure.  I mean he had that going for him.  But all that cat o' nine tails to the back trying to drive the evil thoughts away. . . well, that is just a bit too much for me.  And look what was born from it.  Corruption without adornment.

O.K.  If I haven't pissed you off yet, it wasn't for lack of trying.  Oh, there is a lot here to argue with, I know.  If we were face to face, if this were no monologue and you could speak, this would have gone in another direction, I am sure.  You, too, could have chosen your path at the intersection of "Don't" and "Go." 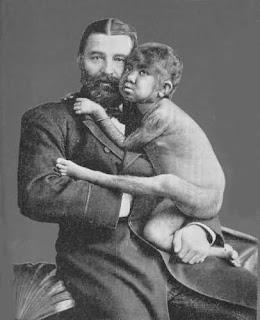