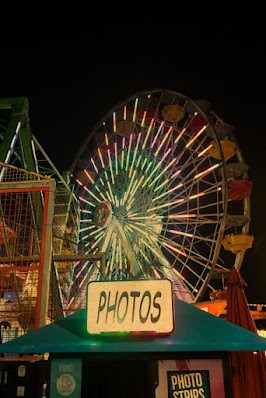 My art/travel friend wrote to me from the party I missed at the house of our other friend who was also grifted by our dead-ex friend Brando on the Tanzania trip:

"That was the best party ever. You should have come."
I would have if I could.  I even thought about it at the last moment, but I couldn't get myself off the couch.  Three days with something.  What?  I thought maybe bad food from a little hummus bowls place around the corner, but it wouldn't last this long, I think.  I am both physically and psychologically impaired.  Perhaps emotionally.  Daunted.  Distressed.  Demoralized.  Disheartened.
Perhaps he was kidding, though.  Perhaps he was just rubbing a little salt into the wound, being funny, having a time of it.  No matter.  I could not have managed to go in any case.
I missed one of the most beautiful days.  Feeling low, I stayed indoors, and, as often happens when I can only sit, I stayed at the computer and worked out some things with photos that I had been thinking of since looking through the hard drives.  I spent the entire day "working."
One day of work does not an art form make, of course.  In the end, I had a handful of pictures and one that I actually thought wonderful.  I will print it large and see what I think then.  But a day's work for perhaps one picture needs lead to many, many days of working and failing and working and perhaps succeeding eventually.
At six, I decided to quickly shower to get the day's stench off, then prepared an avocado and sat down to watch the Preakness.  I was pulling for the little horse again, and he ran hard, but the race was just a tad too long.  You could see the desire and panic in his eyes coming down the stretch.  He knew he didn't have the gas.  The bigger horses overtook him, and the one that didn't race two weeks ago eventually won.  You can't run a horse that hard every two weeks.  It just won't work, and in the end, I felt terrible for the animal.  He looked like he might actually die from exertion and exhaustion.
Or maybe that was how I was feeling and was simply projecting.
I poured a drink and went outside to sit with the cat.  The party was starting.  The evening was just a tad cool, a good breeze blowing.  There was beauty all about.  The first party in over a year, outdoors, with a good jazz group.  Catered.  WTF?  From the park on the Boulevard, I heard the notes of the evening concert wafting.
Maybe today will be better.  Perhaps good health will return.  It is another beautiful day with bright skies and decent temperatures.
Oh, yes. . . and beauty all about.
Posted by cafe selavy at 9:52 AM