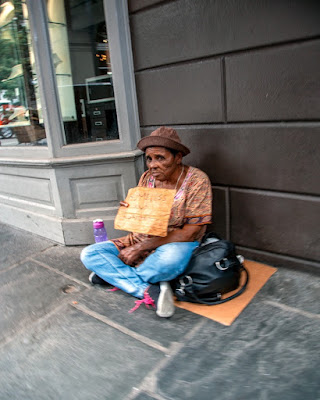 I have to write this before I forget it though I am still processing what just happened.  I have known a fellow for years and years, though we were never close personal friends.  He was a friend of a friend in a very small circle of friends, one of the cool, hip rich kids in my own hometown when there were few outsiders.  It was a small town, then, and a tight circle where everyone knew everyone in some way.  But this fellow was larger than life.  How can I say?

The first time I met him, I was in the village grocery store, one of those small places with plenty of luxury goods.  I was with a neighbor who was an attractive girl in many ways, very smart and talented.  We were standing in the checkout line.  She was in front of me, and I noticed that she kept looking over my shoulder and smiling.  I turned around to see a big, athletic, handsome fellow.  This happened again.  I turned around again.  I asked her what was going on, and she said the guy behind me was making faces.  I turned and caught him at it.  "What the fuck are you doing?" I asked.  He gave some witty reply that I could only laugh at.

Years later, I rented a house from one of the big cats in town.  He had lived in the house I rented for years. He owned an expensive steakhouse on the Boulevard that had a famous upscale disco that everyone who wasn't a hippy in town went to.  Of course, I never went.  On the back deck of the house, there was a Jacuzzi.  It was famous.  There were more stories of what had taken place there than one might recount.  The fellow who had been making faces was one of the owner's best friends.  He was the source of many of the most colorful tales.

I won't bore you with the details.  They were of the usual 1980s "orgasmojet" and "jiz skimmer" variety.

The Jacuzzi was removed as soon as I signed the lease.

The fellow who owned the house also owned about eighty percent of the rental properties in town, but he was in trouble.  His partner was indicted on a conspiracy to import cocaine charge and eventually went to prison.  The fellow sold off all his properties and disappeared in the jungles of Columbia for a number of years.  His mother bought the house I was living in and became my landlord, and about a year later, her son, the younger brother of the previous owner, moved into the garage apartment.  We became best of friends.

He was also friends with the fellow from the grocery store, and that is where my relationship with him really began.  He married well and lived in one of the grand houses on the lake.  He and his rich wife had children, and then his wife was institutionalized.  He got the kids, the house, and the money.

He was a wild man, and I'd never known someone with such caustic wit.  He was wealthy and handsome and a bit of a sociopath and loved to ride people into the dirt.  I had many issues with him over the years.

He married again, a woman of even greater wealth, and he started a second family.  Then Shark Bait, his moniker for his mother in law, died, and they got the house in Palm Beach and all the money.  His wife was a decent woman but not a true beauty, and (let's call him) Ponzy was worse than ever.  He was out every night, as many of us were, at a bar owned by two brothers who had just come into town from St. Thomas where they owned a popular bar that was burned to the ground by the local mafia.  The bar they opened here was most wonderfully exotic, finished out in teak sculptures from Bali where they spent much of their time.  The brothers were impossibly handsome and the bar was one of the truly great places in history.  It was here it was that Ponzy could found most nights.

But it all got to be too much, and Ponzy and his wife had their membership at two country clubs revoked.  It was shameful for her and a blow to him.  The next step was the Betty Ford clinic.

He eventually quit drinking, and that is when he began gaining weight.  But his wit was as quick as ever.  One night at a social gathering, the wife of a rich aristocrat asked him what he was doing now that he was out of rehab.  He told her he was getting his pilot's license.  "Really?" she queried.  "Yes," he told her, "I'm doing it all through a correspondence course."  She was stunned.  "What kind of planes will you fly?" she asked in astonishment.  "Commercial jets," he said.  "The company guarantees you a job when you complete the course."

Rumors spread throughout the party.

No matter.  He and his second wife ended in a divorce.  He didn't walk away empty handed, however, and he still had the fortune from his first wife.  He decided to live his dream.  He got a new young girlfriend and began racing cars.  He owned an auto shop and began racing in the Porsche Cup Series.  It was very expensive, but he ended up the Cup champion.

Tonight, as I was sitting on the deck smoking a cigar and having (another) scotch, he rode into the driveway on a bicycle wearing a large black eye patch.

"What happened?" I asked.

He told me his young wife divorced him two years ago.  Took most of the money.  He is living in a garage apartment someone is letting him have rent free.  He spends most of his time at his business at the warehouse garage, he said.  Had his prostate removed two years ago, too.  His young wife got a rich, young boyfriend.  He's thinking about getting a penile pump implant.

I told him about my wreck, my injuries, my hardship and loss.  We didn't commiserate, just laughed like two WWI vets who had been gassed and blown up.

I don't know why, but seeing him lifted my spirits tremendously.  I almost felt buoyant.  He told me about people we knew who had troubles and had killed themselves.  More than a couple.

"Remember Bobby?  He got hit on his motorcycle.  He was in so much pain from it he killed himself."

He said he was going to get a young girlfriend.  He still had a crazy spirit.  Or so it seemed.

When he left, he said he was going over to see his second wife.  She was dying of cancer, and he was spending a lot of time with her.  I hope he is doing as well as he seems.  Me, too.  I will stop by his car place, though I don't have any interest in cars and have no idea what I will do there.  He doesn't drink, so there will be none of that.  But I might learn something.