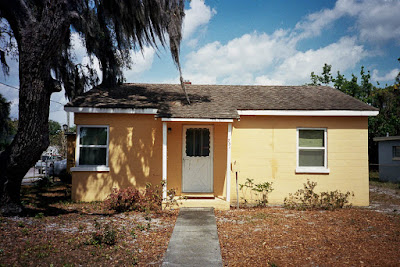 I spent the entire day trying to remember how to use photo strobes again.  I was using the same camera, or, rather, an updated version of it, as I used for years in the studio, but that was a long time ago.  I bought a portable battery powered strobe more than a year ago that I never used, and I was struggling with understanding its menus and functions.  I spent at least an hour, if not more, downloading an app that allows me to control the camera from my phone, and when I finally got the phone and the camera to synch, for some reason the remote control wouldn't fire the flash.  I had planned on setting up some shots using myself as the subject.  That was a no-go with the strobe.  In the later afternoon, having partially figured things out, I took the strobe outside and made a few test shots.  It was 95 degrees and 90% humidity.  It wasn't fun.  By the time I had a few shots completed, it was time to take my car into the auto repair shop.  Predictably, now that the brutal heat is here, the a.c. crapped out.  I called on Monday to make an appointment.  I was told they could take it on Wednesday, but I should bring it in the night before so they could get to it first thing.  When I dropped it off, the mechanic told me he couldn't get to it until Thursday.  He gave me that "fix it yourself if you don't like it" look.
The walk home in the strong, strange afternoon heat was five miles.  4.9 is what the iPhone said.  I was pooped when I got back to the house.  It was just after six.  I was tired and decided I didn't feel like cooking, so I called the fish house up the road to order fish tacos.  When I called, I got the immediate hang up.  Ten times that happened.
It was home cooking after all.
Yesterday, I prepped two large photos for painting with gesso.  Twenty-four hours to dry before the second coat, it said.  I'm going to skip the second coat and see what happens.
Dinner, YouTube, Netflix, bed. . . and then the horror show began.  No, no. . . it was simply a continuation.
Today's weather is to be a repeat of yesterday's.  I will play with the strobe more, and I will "paint."
There is a story in the Times today about the benefits of Molly, LSD, and other illegal hallucinagens. (link).  They help with depression.  Maybe I should start tripping my brains out for my remaining years.  I'll become a mystical shut-in.  I'll take to wearing wizard hats and robes.  Or maybe I'll paint my face and wear sarongs.
I have to do something.
Posted by cafe selavy at 8:35 AM