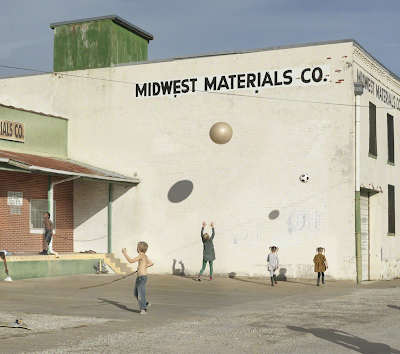 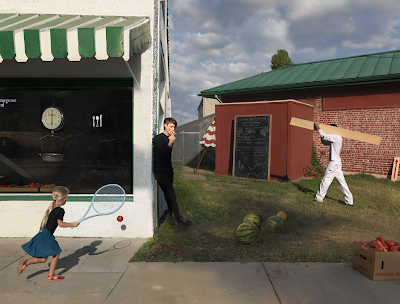 I recognized this one as soon as I saw it.  It comes from no Dutch master, though. 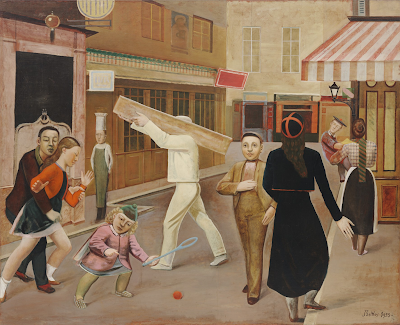 Not unless Balthus took this from some Dutch master painting and I am unaware.  This and one other were for the longest time the only Balthus paintings American museums would display.  You could not have guessed at what they owned and were hiding.  Perhaps that is the case with Blackmon, too, but I haven't any knowledge of that.  There is a slight edginess to her work, but she is more touted for her humor. 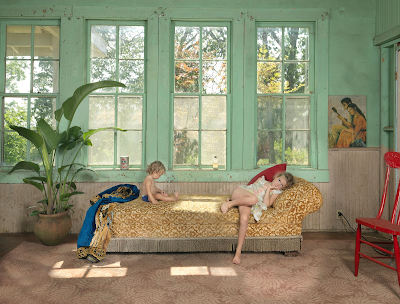 There are hints of something else but only that.  If there were a cat in this photograph. . . .  As a humorist, however, she stands with Norman Rockwell of whom I have always suspected a greater depth and have hoped that someday. . . . 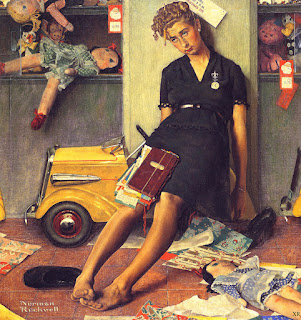 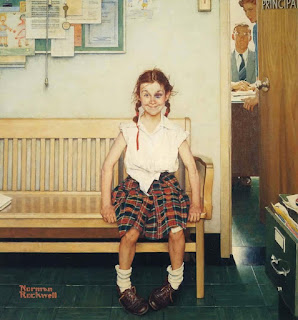 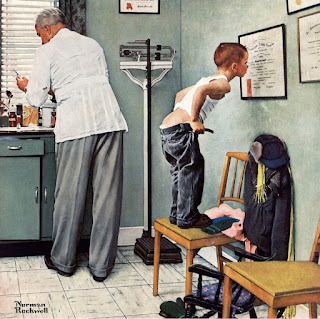 The more I think about it, the more Rockwell I see in her work.  But I choose to focus on other aspects. 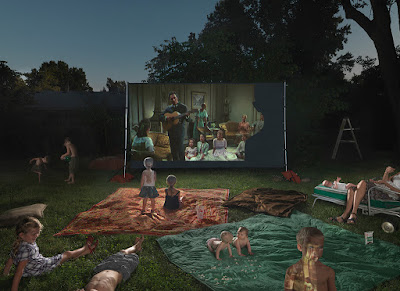 I thought yesterday that I would try to make something like this.  I sent out some feelers to recruit the young daughters of a friend, heart in throat, and she thought it a grand idea.  Then reality sunk in.
"Uh, let me try to do some stuff in my yard and see if I can get that look down first."

I have the equipment.  Do I have the energy and talent?  Of course, I don't simply want to copy the work of Blackmon, but first imitation, then something else.  Now I must get up the courage and energy to set up the strobes outside.  I thought about it yesterday and decided it was too much work.  "I'll do it tomorrow," I told myself.  But it is tomorrow, now, and I don't seem to be moving in that direction.  I must decide how much I want this.  And even if I get the look right, then I need to find willing recruits for the kind of pictures I want to make.  You know, the sort with cats in them.

No matter.  Blackmon has done it.  She is wonderful.  I love her work, but it really pisses me off.