A Bucket of Snakes 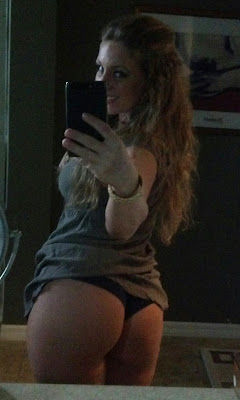 Yes, being a mystic would have been a lot easier than being a polymath.  Is it too late to switch?  Yesterday, before my mother came for lunch, I was reading about Adam and Eve and their sons Cain and Abel.

"All the women want to marry Abel, but they all turn to look when Cain walks through the door."

I think that was in a Jim Harrison novel.  Something like that.

But Holy Bejesus, what I didn't know.  I am no polymath and they never taught me this at Mormon school.  So there were sisters.  You knew that?  Some old scriptures claim that with each brother had a twin sister.  Luluwa (or Aclima), sister of Cain, was the first human female of natural birth.  Abel preferred her to his sister, Awan, but so did Cain who considered her more beautiful.  And in the old Abrahamic tradition, the rivalry was on.

Their third son, Seth married his sister Azura, who was younger than he.

Man, my head was spinning.  I knew about Lilith, the first woman, who God made, like Adam, from the same dust at the same time.  She, however, did not want to be subservient and so left Eden and mated with the archangel Samael.

Most of this is not Canonical, however, but comes from ancient Jewish and Rabbinical and Islamic texts.

All I got in church was the sanitized version.

I told this all to my mother yesterday over the incredible Sloppy Joes I had fixed for Memorial Day.  She is a devout Mormon and reads the Bible, the Book of Mormon, and other religious texts.  I can't say how much, but I've seen the books in her house and have seen her with them open.  I'm not saying she is an academic in this area, but everything I was saying took her by surprise.

I'm guessing that none of this is Mormonism.

What I glean from it all is that the old Jews and Arabs thought women little more than temptation and trouble.

I will be delving into all of this with great fervor in the coming days.  Remember kids, if all this is true, we have come from one of three natural birth lines--Cain, Abel, or Seth.  If you are running your Ancestry.com line back far enough, you should come to one of those patrons.

I think C.C. is in the process.  He has made an educated guess, at least.  I don't know enough about Seth yet, but I intuit I am from either him or Abel.  I'm no Keith Richards, you see.

So here we find ourselves halfway through 2021.  The year seems to have simply evaporated. The Holidays will be here soon enough.  In the Time of Covid, hours were long but days flew by.  What will happen now?

I used to get photos sent to me like the one I have posted.  Well, not "like" it.  This is not one I picked from the internet.  It was sent to me particularly.  It was a different time, I guess.  They say that Eve tempted Adam with an apple. . . .