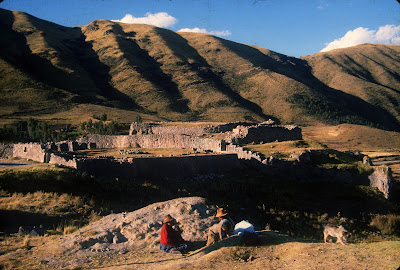 Yes, my memory is faulty, as impressionistic as those high altitude villages in Peru where mountain and structure seem organically intertwined, neither beginning or letting off, natural outcroppings of time.  But a day of wondering has cleared it a little, and some simple observation as well.  The year was 1985.  No doubt.  And indeed, I had gone to the strange festival with Brando.  The evidence of that is in the photos. 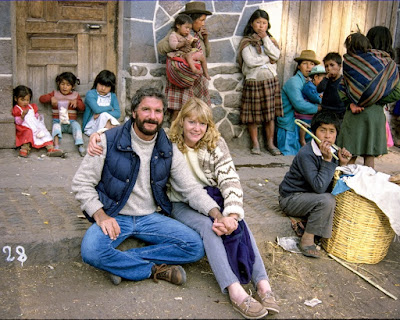 You see the little number "28" marked upon the sidewalk?  That's the giveaway, as you will see.
After the effigies had been taken to the Cathedral, and after the incantations were finished, the crowd moved back into the square where another strange event was about to take place. 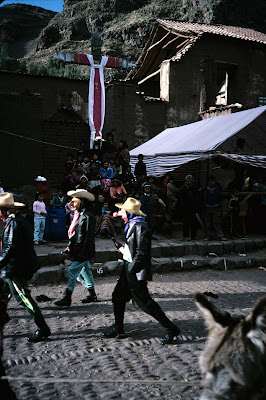 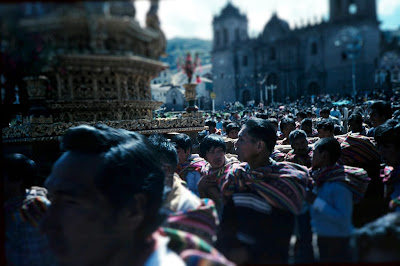 Eventually groups began to arrange themselves around the plaza along the numbered sidewalk, in corners and dusty patches, anywhere that could provide a view. 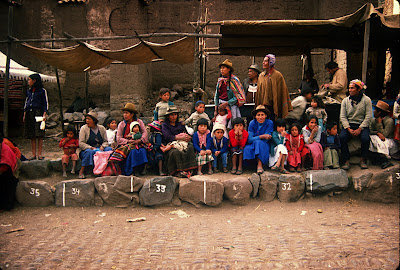 Eventually, men began to ride horses into the square.  There was to be a race, of sorts, a competition I could hardly understand. 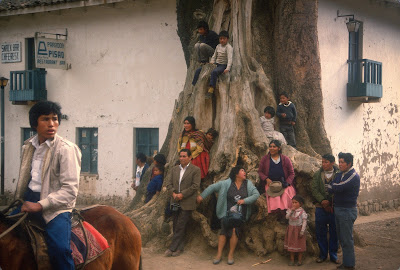 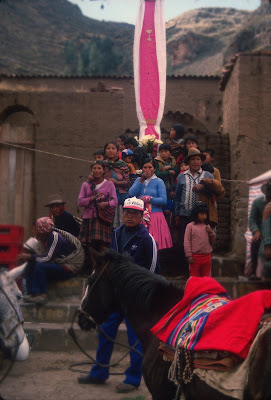 On a wire suspended over a section of the street, a chicken was hung by its feet.  The strangeness of the thing was hardly to be believed.  A man in an old, ill-fitting suit, perhaps the grand Marshall, road a most elegant steed to the head of the procession. 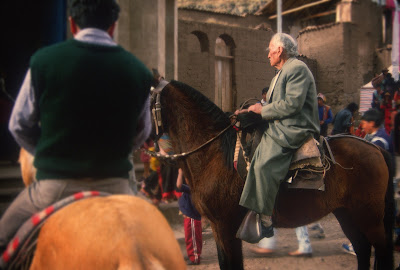 Something took place that I couldn't understand, and then the men on horses began to race through the street, the neighing and snorting and the clomp of hooves on the cobblestones, horses slipping as they turned sharp corners, rider bumping rider as men inelegantly lunged and lurched for the suspended chicken.  Round and round they went in a strange equestrian fandango, awkward and violent, the occasional hushed or reverent cheering emerging from the crowd.  This went on for a long while, I remember, but how long I couldn't say for certain.  The entire event, from marching through side streets, to entering the Cathedral to the eventual capturing of the chicken seems to have taken the better part of the day.  In that time, I hadn't spoken a word to anyone.  I had simply been absorbed by the crowd, a disembodied observer in a collective hallucination.
Had Brando been there?  I don't remember him in any of this.  And the girl?  It beats me.  I don't recall her coming back to Cuzco.  The photo of the two of them in the village square seems near blasphemy to me now, a contraindication to the unreal mysticism of the day.  I cannot reconcile the two events as having taken place at the same time, in the same location. 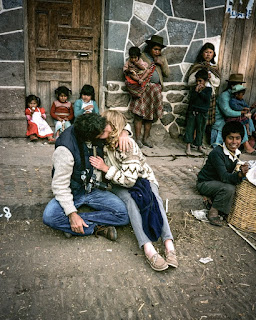 I would go back, if I could, to better remember, to better document.  But Peru has been changed.  Cuzco is now one of the busiest adventure travel destinations for tourists in the world.  You can now helicopter from Cuzco to Machu Pichu for the day.  One no longer needs to hike the Inca trail or take a single gauge railway into Los Banos.  Tourist capital has transformed the region, or so I hear.  But what can you do?  This was all before the invention of the cell phone, before the implementation of the internet.  You had to look hard even to find telephone service in Cuzco back then.
If I remember correctly. . . .
Posted by cafe selavy at 10:23 AM