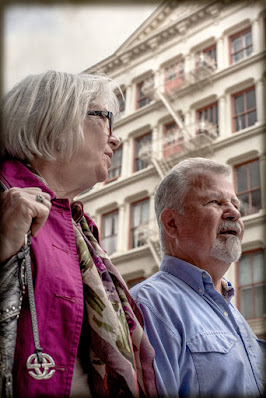 Are you anything like me, kids, astounded at the things you read that you've never heard of nor know anything about?  It is not like I am illiterate, not like I don't pay attention to what is going on in the world, but Jesus Marimba, I'm constantly reading taglines like this:

And I wonder--am I an idiot?  I have no idea who Tremeus Jones is nor what the fuck a TDC study might be.  And so I am stuck with a quandary.  Do I read the story so I can catch up with the rest of the world, or do I just skip it and face potential ridicule somewhere down the line?

It's a 50/50 proposition.  I've learned to skip such stories from experience.  But I wonder, have I become the Average American?  If I do fall into the trap and read such stories, however, I find I am maybe the opposite of that.  Tremeus turns out to be a gay hip-hop/country rapper crossover sensation on TikTok and TDC refers to something to do with inter terrestrials.

But today a story on teaching pornography to children caught my attention.  In the opening paragraphs:

[A] study found that more than 90 percent of boys and close to two-thirds of girls had viewed online pornography before turning 18, whether intentionally or involuntarily.

"O.K., kids, we are going to have a little pop-writing assignment today.  The topic is, 'Who do you find sexier--Ginger or Mary Ann'?  Now remember, in writing this brief essay, you need not close your eyes."

I just don't think I'm dialed in to the mainstream.  Not that I ever was, but mainstream sure has changed.  More and more I feel like the least interesting character on "Gilligan's Island," The Professor.  Or maybe Grandpa on "The Waltons."  Was there a Grandpa character on that show?  I confess, I've never seen it.  It just seems to be the kind of show that would have a crusty, suspender-wearing grandpa character who from time to time doles out a widget of homespun wisdom.

I don't own any suspenders.  Yet.

Oh--I just Googled it.  Sure enough, there was a Grandpa character.  I must have seen that in the trailers.

Q asked me the other day if I had read some philosopher.  I forget which one, but it doesn't matter.  I said no, I find it is like the poetry of Alan Ginsburg.  I get more pleasure in reading about it than reading the work itself.  I find  philosophy overly tedious in its arguments as they try to prove the impossible.  Anyone who has read "Being and Nothingness" and says they found it fascinating. . . .  To wit, last night I watched some YouTube videos on Spinoza.  One of them kept referring to Will Durant who wrote the crib notes to all philosophical thought.  There was another that actually went through some of "Ethics."  I'm not sure that what I took away from the evening is accurate.  But it doesn't matter really, does it?  I could spend a lot of time misreading his work or an hour or so listening to some other equally valid account.

A better comparison of who I am becoming would probably be the character of Mr. Magoo.  Yes, that is who I am beginning to feel like, a nearsighted retiree who is mistaken for a lunatic by others.  If I could only manage to feel as cheerful about it as he.