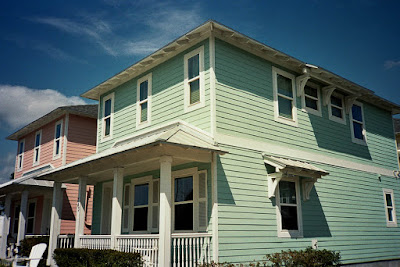 I slept away most of Sunday.  WTF?  I am somnambulistic of late.  I had to rise at three in the afternoon to do some marketing, but I never felt awake.  My mother was coming at 4:30 for an Early Bird Special.  I was cooking ribs and beans and slaw.  Once again, it was to be my first meal of the day.  I've not had a great desire to eat of late.  It is probably the weather, the heat.  I have been thinking of fasting every other day to see how that feels.  I have never heard of such a thing, but I will Google it.  I'm sure it is something.

Many days I have nothing to do but Google.  I Googled "Organic Milk" today.  It is better for you than regular milk.  By far.  Never drink low fat milk.  There is nothing good about that and much that is bad. I Googled "How Long Do Squirrels Live."  It depends on the species.  In general, though, squirrels in the wild have a much shorter lifespan.  Generally a year vs. twelve to twenty-four in captivity.  Living in captivity is much better for longevity, if that is what you seek.

I wonder if my somnambulism isn't a result of solitude and the corresponding depression?  Perhaps, but there may be a horrific organic reason, too.  I find you think much more about how you feel when you are alone.  In a crowd, you forget about that.  There is a public performance that is demanded.  But those badass fuckers like Jeremiah Johnson didn't dwell on such things, I would think (link).  Nor did Hugh Glass (link), the subject of "The Revenant."

Dinner with mother was good, but she left early in order not to drive home in the coming rain.  And finally, a rain did come.  The land has been parched here, the lakes drying up.  Summer, however, could bring flooding rains.  Still, this is the fastest growing state in the union, so no matter how much rain might come, the aquifers will continue to shrink, sink holes continue to grow.  We've paved over thirty percent of our water recharge areas.  I made that figure up.  It could be higher.  I don't know.  I DO know we do it along with pumping toxic water into deep aquifers that we would have depended on one day.  Meanwhile, we have granted access to our best spring waters to giant bottling companies like Nestle who sell millions of gallons of the water per year.

I just Googled that.  They own fifty-one brands of bottled water and sell eight billion gallons per year.

The ways of human greed.

I drink tap water.  According to its reports, my own hometown has very good drinking water, probably because we lack both agriculture and industry.  I had a friend who tested water, and he told me that it was purer than the major brand of bottled water sold here.  I wonder how much money I save each year.

I calculated this week how much money I spend on gas driving to my mother's house each day.  That little journey costs me about a thousand dollars a year.  A little more or less given the price of gas per gallon.  I was shocked.

When I told my mother, I think she felt guilty.  She keeps wanting to pay for groceries now.  She even filled my tank when we went to Costco.

I'll tell her I more than make up for that amount of money by not drinking bottled water.

There's some piss-poor writing for you.  The juices aren't flowing.  This is the writing of a somnambulist.  Perhaps I shouldn't force myself to post something every day.