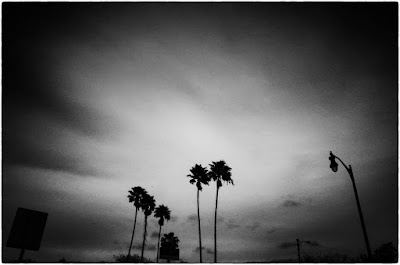 I may be no more chatty today than I was yesterday.  I may have chatted myself out last night.  We'll see.

I met a group from the factory late yesterday afternoon for a birthday celebration.  This was the first time I'd seen many of the people in a year and a half and it was the largest group I've been around in that time as well.  We had a nice table on an outside porch, under cover, with nice temperatures and a gentle breeze. I wasn't sure how I would react to a group dynamic, but I was one of the first to arrive, so I got to start with just a few people.  And once I started, I couldn't stop.  And I started immediately.  I must be truly starved for attention.  I was funny.  I was outrageous.  I walked right up to the edge and then stepped over.

Again, I was exhausted when I got home.

Now I should note that this is, in the main, a group of younger than I progressives.  Not all of my ideas align with theirs and vice-versa.  When I started a story with, "I used to date the most beautiful woman in town," their eyes rolled and the moans began.  "No, no, it was well known.  She was famous.  When men walked by her, it was as if something went wrong with their middle ear.  They just sort of lost their balance for a moment, ran into poles and stuff."  Their faux-hostility increased.  I knew I was going to have a difficult time getting through to my point.

They all seem to get some tract or talking points or something.  And I?  Oh, I said things like "you people" referring to the only Black person there.  She is my friend and knows what I am saying and why, but you could feel the table tremble when the sudden silence fell.  I don't know why I do it.  I just can't help it.  I had a professor once who said, "You really like to piss people off, don't you?"  I replied, "Not really. . . I just like to shake them out of their complacency."  The unholy thing, though, is that I can't.  Groupthink is a terrifying thing to go up against.

All in all, however, it was a nonstop love fest.  And this group can really drink some cocktails.  Martini and coupe glasses littered the table.

And then the bell sounded and everyone got up to leave.

On my way home, a cop followed me for quite a way.  I was hoping I didn't have a tail light out.  I knew I smelled of tequila and hops.  When he finally turned off, I was aware of the adrenaline dump.  He had taken quite an edge off my buzz.

At home, of course, I recalled the afternoon, mostly my own truly fascinating tales.  I was sitting next to a woman who teaches yoga, now almost exclusively online, and she was trying to convince me to join her class.  Uh-uh, I said.  Not until I can bend over far enough to touch my knees.  I told her my recent meditation stories, about how I had a difficult time helping my enemies be in a happy place, and how I had to make them vanish into vapor instead.  I told her that when I sat on the floor, I had to have my back against the couch or I would fall on my back helplessly like a turtle.  She could help with that, she said.

The thing is, I did yoga for years until it started breaking my lower back.  Too many vinyasas.  I did competitive yoga, I said.  One of the women at the table went with me sometimes to my practice and she verified that it was true.

"I used to be able to turn mourned and see the trunk of my car," I quipped, performing a pantomime of an old man with a stiff back and a rigid neck using his jaw muscles to help him make a quarter turn much to everyone's delight.

In truth, I told her, I haven't really done much of that since the accident, and the broken side of my body and the metal ribs take a lot of care when I am stretching.  She said that I would like her yoga bandini, whatever she called it, where you just lie on your back in a state between sleeping and wakefulness.

O.K.  It was time to get serious.  I've done all that.  I used to lie on the floor and do the technique of relaxing your body from toe to head until you were in a semi-conscious state.  I relayed how I would seem to levitate, floating in circles higher and higher until I was flying above the city looking down.  I said at first it was scary and I would stop it with a start, but once I learned to enjoy it, it was really something.  All the acolytes at the table were nodding enthusiastically.  I told them I had a "girlfriend" in college that said she could do astral projection.

"How pretty was she?" they sarcastically giggled.

"If I told you, you would say I was lying.  She was a beautiful blonde vegetarian masseuse I met at the food coop.  In the woods behind her house, she had a massage table."

"That's what she called it.  Anyway, she told me she could come visit me at night.  I told her to climb into bed, then, and she said, no, I can't do that, silly, and I said well then, it isn't much good to me, is it?"

The table was a cacophony of groans.

"But when I started doing the floating thing, I thought I realized what she was referring to.  She eventually got a job as the official masseuse on an Eagles tour."

"No.  The Eagles.  She would send me beautiful letters for ports unknown.  I would always know when I opened the mailbox that I had a letter from her.  It smelled of patchouli oil and lemongrass and other wonderful things.  Sadly, I never saw her again."

And then the table talk turned to factory politics of which I no longer had any part.  My part was done.

The cop having killed my buzz, I poured a scotch and lit a cheroot and headed out to feed an impatient cat who has come to count on the assigned hour.  I was late tonight, but there was still plenty of light.  I was back now in my routine solitude, and the night would be no different than the 365 nights before it.  But what the hell, right?  The party can't go on forever.