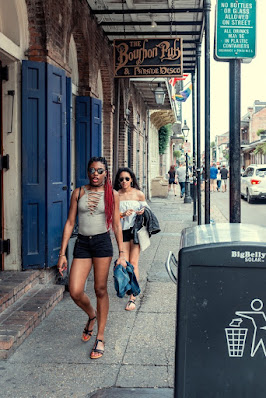 Today is Juneteenth.  Most Americans don't know what that is, I read.  Hmm.  Maybe it is the name that is confusing.  It is like the number "fleventh."  It is a linguistic trick.  If it were called something like "Emancipation Day," perhaps. . . .  Somehow, however, it has been connected to Critical Race Theory which most people don't understand, either.  Again, maybe if they simply called it "Institutional Racism," people would get it.  Not that they would like it, but they might know what the hell they were against.

Half my friends are full of theory.

The N.Y. Times often has "quizzes" you can take to see how much you know about such things.  The one quiz I haven't seen is "Test Your Global Knowledge:  Which Countries Do Not Have Institutional Racism?"

It might make a lot of racists feel better.

"Hell, boy, tell me where they have let the !Kung bushmen be in charge!"

O.K.  Maybe they wouldn't know what a !Kung bushman is, but you get my drift.

There just seems to be no gentle way of telling people to think about things any more.  We have to put them into boxes and put the on the spot.

Well, Siri just informed me that tomorrow is Father's Day.  I'll neither be giving nor receiving.

It is not just "Days" we are interested in--National Pizza Day, etc.  We are into superlatives, too.  CNN, The NY Times, and The Weather Channel all have fooled me with "set a heat record" stats.  One "record" I saw was for Tuesdays.  I shit you not.  It was the hottest Tuesday on record.  So now when I look at a story that tells me 700 records of extreme heat were set. . . I just can't trust it.  The news outlets should never trick you.

I had beers with my California climbing buddy last night.  I haven't seen him in over a year.  Nothing's changed, of course, not between us.  It is like I saw him yesterday except for the updates on everything.  We drank beers and the waitress, a potential model for the new Victoria's Secret look, flirted, and we ate sandwiches and shot the breeze.

When I got home, I uncorked a new bottle of scotch, turned on the television, and watched an hour of The Beatles videos.  Early Beatles.  They were a good band, but holy shit, they could not write a lyric.  I'll bet most songs had at most twenty words.  "Love, love me, do."  Really?  But it is fascinating to watch the girls screaming and tearing at their hair.  Those early sixties are excessively fascinating, that time of change just prior to the hippie revolution.  It didn't last long.  Just a minute or two.  A few years at most.

When the Fabulous Mop Tops moved on to more "serious" things like Nehru jackets and LSD. . . they began to seem like Brian Wilson sitting in a sandbox.  They were still good, perhaps, but all the screaming and stomping was gone.  At some point, all that remained was Yoko screeching and Wings.  Things had become hideous.

I turned off the t.v. when a video with Elton John, Eric Clapton, George Harrison, and Ringo Starr doing "As My Guitar Gently Weeps," came on.

At four in the morning, I woke up.  "Baby's In Black" was playing in my head.  I had a drink of water, peed, and went back to bed.