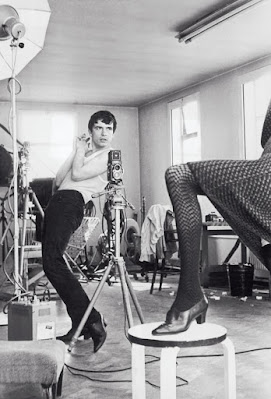 I picked up a photo book I had left at my mother's years ago entitled "David Bailey: Birth of the Cool."  It was good seeing it again.  Bailey certainly changed the way fashion photography worked.  In the late 1950s and early 1960s, there was nobody hotter.  But as he said, "Remember, the '60s really ended in '65. When you had Sammy Davis come to London, you knew the '60s was over. It became a theme-park. It wasn't real. It was all about money and manufacturing, and selling the American flag and the Union Jack as pop art symbols. There was no substance, really."

And for me, by and large, so was his innovative style.  In 1966, a movie for which he was the inspiration, "Blow Up," was released.  It was the movie that made me want to photograph.  The reasons will probably be obvious.  After that, however, Bailey's photographs became less innovative, more controlled.  He was the first to use 35mm cameras for fashion work.  He was a street photographer with models. 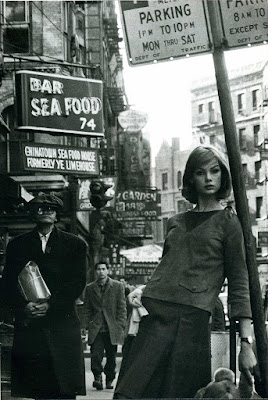 But increasingly, his style became his prison, and his photography became dominated by extreme closeups on plain backgrounds.  Too much of it looked like this. 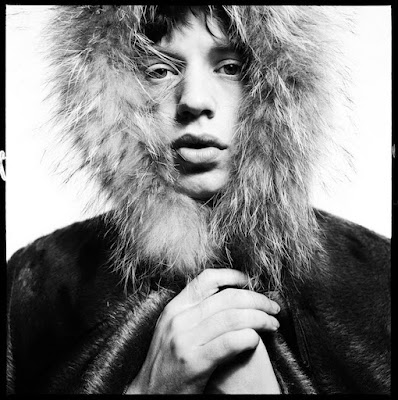 And so it goes.  But when he was young and struggling, there was nothing like him.  But you can't really trust my opinion.  I believe I am enamored of a pre-Beatles world, that era encapsulated by "Mad Men."  You know. . . the era we are supposed to hate.

It is pictured as an era of stark conformity, the birth of the 'burbs and their cookie cutter houses, of the Man in the Gray Flannel Suit.  But it was more complex.  Capote, so openly gay.  Kerouac, the birth of the Beats.  Warhol and the Factory.  8mm pornography.  Wait.  What?  Rewind.  How did that slip in?

But every rebellious innovation gets commodified.  Every rebel gets coerced.  Today, I read, Ikea has released its new it new LGBTQ themed line of sofas.  It's a line.  There's a theme.  Just as Carnaby Street capitalized on the junkwear of hippies and Urban Outfitters on hipster attire. . . .

Hunter S. Thompson nailed it, even as Doonesbury cartooned him and made him a brand.

Nothing stays fresh forever.  Not even in the fridge.

A last note.  Cosby is Free!  You see--you are not allowed to trick criminals into confessing.  But man, prison must have been good for him.  He went to trial a broken man, blind, barely able to walk, near death.  He emerged under his own power, fist pumping the air.  Free at last, free at last.

Trump, I think, needs to embrace him if he wants to show his true belief in diversity.