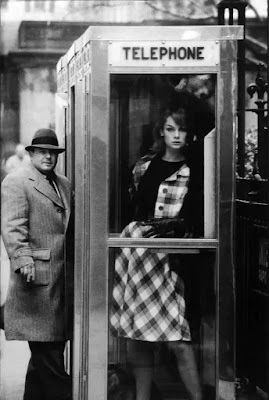 I wasn't looking for it.  I was trying to find something to watch with my mother other than the Medicare Channel, and tried putting on another episode of "Frazier" on the Peacock Channel which I had downloaded on my Amazon Prime account a few days earlier.  I was showing my mother that she could watch all the shows she liked without or with minimal commercial interruption.  We were on Season One, Episode Five, I believe, of "Frazier."  But when I pulled up the Peacock Channel, I was faced with the decision to pay for a monthly subscription or watch something else.  This was not the deal when I signed up, though I had suspected it would happen.  Cutting cable, kids, is going to become just as expensive as it used to be to have cable.  All the shows are being divided up between competing media entities.  Don't count on your government representatives to help you with this.  They are capitalists one and all.  All you can do is become a pirate, get in touch with someone who can jailbreak the shows, and live with the criminals.

Or you can just quit watching television and read.

Anyway. . . I tried to find something on Amazon that we might watch together.  It was Friday, and I felt a bit out of sorts.  My day had been broken up into weird sections as I had to take my mother to her therapy session at 4:30.  There went happy hour.  I had already driven to my house to check on the mail, pick up a package that had been delivered, run the printer, feed the cat, etc.  I had even thought I might take some film cameras out just to finish off the extant rolls so that I could try to process them in a new (to me) chemical soup.  Of course, the day and the light were brilliant until I picked up my cameras.  Just then, as can happen in my own home state, it began to rain.  My plans were fairly dashed.

I spent a few minutes mucking about the house before it was time to drive back to my mother's, drive her to therapy, sit for the hour, then bring her home.

I was hungry.  My mother wasn't.  "Get whatever you want," she said.  I sat down with a drink and a little cheroot to try to take the edge off my day.  I decided to call my favorite Italian restaurant for takeout.  Oh. . . it was Sushi Friday, but I wanted big calories, a carbonara full of terrible things.  I knew the restaurant and bar would be packed on a Friday at the workweek's end, and I knew traffic would be bad.  I put out my cheroot, downed my drink, and headed to town.

Where I sat in the garage with ma and ate with my plastic plates balancing on my lap and the evening's humidity caressing my skin.  The arugula salad was good, but the carbonara was thick and heavy.  I could feel my waistline expanding with each bite.  I wasn't having fun.  Even the scotch was unsatisfying.  I wanted something fun, a good craft cocktail.  When I had picked up my food, even wearing my homeboy clothes, the two bartenders gave me knowing greetings and fist bumps.  A woman at the bar said hello.  I asked her how she was doing, and she pointed at her fancy drink.  All about, young vamps were showing off new cleavage and fancy dresses.  In the corner, a man with mostly greying hair was talking to a startling young woman with incredible shoulders and a Louise Brooks haircut.  He was making the classic mistake of facing her square up, staring to show she had his undivided attention.  She looked like a working woman trapped.  She, of course, would have preferred him to be more demure, but he was a fool fishing with the only bait he had.  I wanted to rescue her, but she knew why she was there.  Everywhere I looked, I saw a story.  My blood quickened, but of course, I was only there for pickup.  In mere moments, I was gone.

My mother was not in a good mood.  Her shoulder was paining her after her therapy session.  There was nothing good about this Friday night.

Ditching the Peacock Channel, I was browsing movies that Amazon suggested for me.  "We'll Take Manhattan" looked intriguing.  I watched the trailer.  Holy smokes!  It was a movie about David Bailey and his girlfriend, the model Jean Shrimpton.

"You want to try this?" I asked my mom with hope.

"We'll just watch it for a bit and see if you are interested."

After fifteen minutes or so, I saw her eyes closing.

"It's not something that really interests me."

"Well. . . O.K.  I can watch it later."  But I was miffed.  I arranged the controller so that it was on commercial television so mother could watch the advertisements on the Medicare Channel.  I have come to realize that she likes them.  It is the same commercials over and over and over and over, but it must give her comfort.  She can watch five minutes of "Gunsmoke" and then five minutes of commercials.  Nothing new.  No challenges.  She can experience the same thing she experienced the day before and the day before that.  Continuity and consistency.

But I, first slowly, then more quickly, am losing myself in this routine.

"What do you want to watch?" she asked me.

"Watch your shows," I said.  Then something snarky snuck out.  "The ones you've seen before."

I left the room to breathe.  Outside, the world was kinetic, moving once again.  Inside, time stood still and turned stale.  My legs bobbed, my jaws clenched.  I sat down with my computer and pulled up the movie.  I decided I would watch it.

Funny, I thought, that I had never heard of it before.  It wasn't good, but it wasn't bad if you were interested in the period, in the event.  I poured a big scotch to see me through.

When it was over, I went back to the t.v. room.  My mother leaned back on some pillows, her eyes closed.

I took a nerve pill and said goodnight.  I turned the ceiling fan on high and lay down.  I tried to think of making pictures.  The Louise Brooks girl with the serious face.