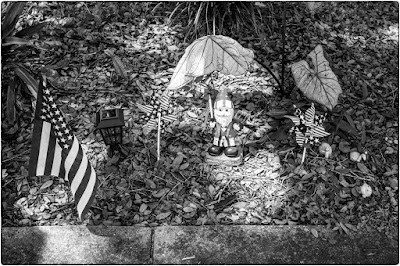 I took my mother to her orthopedic appointment yesterday, the first time she has seen an ortho, a week after breaking her shoulder.  We arrived early, as requested, so that we could fill out the seemingly endless forms electronically on their new computer system.  Oh, it is scary.  They ask all sorts of health questions, and many questions about your life and habits as well.  You are being judged whether you feel it or want to be or not.  After perhaps twenty minutes, we were done, entered into whatever system, catalogued, and, I am certain, charged.  Yes, they will charge the insurance for that "evaluation."  I wanted to know why we can't fill out such a form once, have a scan code on our phones, and then just use it at any terminal no matter what.

I thought I had a good get rich idea there.

Soon my mother was taken in for X-rays.  We were seated in a room with other people.  And we waited.  And waited.  One woman said she had been there for an hour and a half.  Impossible, I thought, that we would be.

It was three hours before we saw the doctor.

Something is horribly wrong.  I long for the bad old days when you went to a doctor's office and saw Old Doc Jones or someone similar who came in smoking a cigarette, asked you questions, and told you what he wanted you to do.  It was scary enough, but you weren't there that long and, honestly, you expected to die.  Everyone did.  Old Doc Jones seemed on the verge himself.

Now, doctors all look like Hollywood actors or rich CEOs.  They don't talk to you.  They look at a computer screen and have a P.A. come in and write up a chart.

My mother's doctor, it turns out, was the same surgeon who had repaired her other shoulder three years ago.  I told him so when he came in.  He looked at my mother, looked at the scar on her shoulder, then looked at me.

"I remember you.  Did you bring her in before?  Yes, I thought so."

He didn't seem to remember my mother.  This is why the elderly need advocates.  They truly become invisible.

As it turns out, the E.R. doc was right.  My mother's shoulder will heal.  It doesn't require surgery.  The surgeon said that she should take her arm out of the sling at home as much as possible and do little movements like washing dishes or wiping counters.

He gave her a prescription for occupational therapy.

He looked at me puzzled.  He acted as though there was no difference.  Or was he trying to figure out what was wrong with me?  He wrote out a prescription for both.

There is a difference.

When we got back to the house, I fixed us lunch.  And I did the dishes.  And I cleaned up the house a bit.  Etc.  My life is very busy now with the usual bad old days housewife duties.  Then I have to do the husband's duties, too.  I'm a one man band, I am.  I am Woman, hear me roar!

I told my mother I was going to the gym and then I would go tend to the things at my house.  I wanted take out for dinner.  What did she want?  She was not interested.  She said she would eat leftovers.  O.K.  We have plenty.

After my workout, after my shower, after running the printer and feeding the cat, after running through mail and picking up the new dress that was delivered for my mother, I just wanted to sit in my own home a minute and relax.  I poured an expensive whiskey in one of my cut crystal glasses that I rarely use, and sat in a big leather chair.  I sipped and thought and stared for a long time.  I felt good.  I felt guilty.  I felt I needed to order and pick up my dinner and get back.

When I got to the good Italian restaurant, I walked to the bar to get my order.  I heard a loud voice yell.

"They'll let anyone in this joint I guess.  Get over here motherfucker."

I looked up as the rest of the place did.  The bar was crowded, the restaurant already filling.  I was in my homeboy peddle pushers and a t-shirt.  I had just wanted to pick up my food and get out.

"They haven't really let me in," I suggested.  "I've gotten no farther than the door."

"What the hell is it?  You're a blond!  Get over here and have a drink you son of a bitch."

I walked across the floor to their end of the bar.  It was part of a group of fellows I have drinks with on Christmas Eve, guys I've known for decades.  The banter began.

I realized that a year of my life had been passed in solitude.  A year and a half had passed since I had seen them.

"I don't think she liked me any more.  I think she changed her mind."

"Yea, that's what Wayne always says--'We'd get married if she liked me.'  So you're not with her any more?  Do you have her number?"

Maybe I should give it to them, I thought.  They deserve it.

I realized it was Ili's birthday.  Surely she has a lover/boyfriend/partner by now.  She would be enjoying a four day weekend.  Maybe she had gone somewhere. Maybe she was at a resort.  I remembered the birthday I had taken her to The Breakers.  It was a wonderful weekend.

"Bullshit.  You always have some young girl."

I told them I had to get back to my mother's house.  I'd already been gone too long.

When I got home, my mother was sitting in the garage in her usual place.  I walked up with my takeout.

"Did you get my antibiotics?"

This dismayed her quite a bit.  My food was already an hour old.  She had been impatiently waiting.

I sat outside in the heat and humidity and balanced the plastic container of arugula salad on my knee.  I had already poured a big glass of wine.  My neck began to sweat.  I finished the salad and opened the container of spaghetti carbonara with chicken.  There was a lot.  I offered to split it with my mother, but she didn't want any.  I poured another large glass of wine, the warm, moist air moving in and out of my nostrils.

"I think my ankles are getting bit," I said.

I was sure she had sprayed herself with bug repellent.  I ate half my dinner and was full.  I went into the house to put it in the refrigerator,  poured a giant scotch, and went back out to sit with my mother.

"When I finish this, I'll go up and get your drugs.  Do you want anything else?

Back home, I opened the pill bottle for her and dressed her knee which had become infected.  She still had her arm in the sling.  We turned on the television.  "Frazier" was now one of her mainstays.  They played back to back episodes between commercials.  I thought of my buddies yucking it up at the bar.  I thought of Ili.  I would be in bed early tonight.

There is a hurricane coming, they say.  It will be here early next week.  We could lose power, of course.  Then we will live outdoors in the heat and humidity eating tins of cold food and drinking warm beers.  Other people, many, have purchased large generators to power their houses.  We have taken our chances.

Nine weeks until I take my mother back to the doctor.  Nine weeks of therapy.

I slept well last night.  The phone was clear of messages this morning. 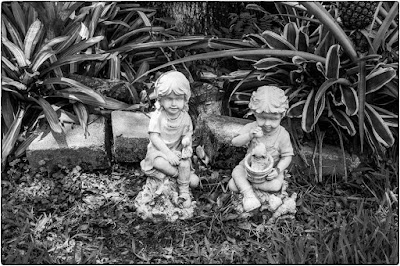