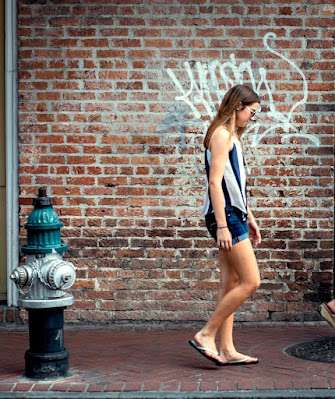 I am miserable this morning.  I slept one hour at a time last night.  In between wakings, I had violently horrible nightmares.  Old age, disease, death. . . .  My right hip hurt me badly.  I have great fear that I will need to either use a walker or have it replaced.  All night long, I realized one thing, but I won't confess it here. I shouldn't even tell you that I had a bad night, really, for you know the old saying about telling people your woes--eighty percent of people don't care.  The other twenty are glad.  After a big life, I am sure many resent me.  I had too much for too long.  Everything but money and children.  I've already had some tell me with undisguised glee, "You'll die lonely and alone."  To which I would reply, "Who doesn't?"  I mean, sure, I'd like us all to go together.  That would make the most sense.  I think we should all be the same age.  Well. . . there might be an obvious flaw in that statement if you look at my life.  But you get my drift.

Yes, we should all cease to exist at the same time.  Any other way is cruelty.

But last night, trying to sleep under the Full Buck Moon was a terrible thing.  My astrologer told me it was a good moon for me, an Aquarian moon or something, but the astrologers have not been my friends for some time.  I am star-crossed, I guess.  Like Romeo and Juliet (link).

Yesterday made one month exactly of living with my mother.  Yesterday was a busy one.  I drove my mother to two pharmacies and two grocery stores.  Later, I took her to therapy.  In between, I went to my house to check on things.  The cat has not eaten her food for two days.  Hasn't shown up when I'm there.  She thinks I've abandoned her, I'm sure.

I had a couple hours, so I decided to develop a roll of color film and four sheets of 4x5 black and white.  Back to the dark tent.  Unloading, loading. . . then to the sink, heating chemicals, twirling tanks. . . why?  You can just pay someone to do all this.  It isn't even a someone.  They have calibrated machines to do the work.  In the end, the four sheets of 4x5 were blank.  What happened?  Why?  I can't figure it out.  The roll of film is hanging, but I won't know what is on it until I scan it.  It will take me a lot of work.  They have machines to do that, too.  What was I thinking, anyway?  It's only money.

O.K.  I can't think.  My mother is blasting the local news on commercial t.v.  My nerves are shot.  I am living her life now.