A World of Knuckleheads 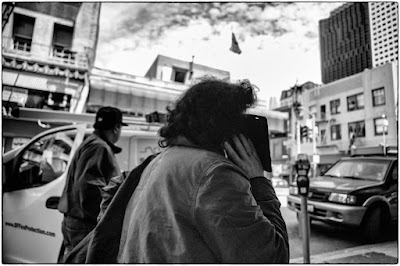 I've been arguing online with my republican anti-mask friend after sending him a video of anti-maskers at a Tennessee School Board meeting.  I said, "These are your people."  They are rabidly stupid and mean.  He wrote back and said, "They are also the people who fight your wars," to which I responded, "They should.  That is exactly what they should do.  In the military they do precisely as ordered or they are punished.  They need that.  They need not be in the general population."  He wrote back, "MIT."  I said, "Yes, most MIT grads are ground soldiers."  "At least what you call 'my people' don't burn down cities with Democratic backing," he offered.  "You confuse me," I said.  "People in favor of masking are burning down cities?"

Oh the ways of the conservative rich.  It is not that they are dumb, just that some of their critical thinking skills are retarded.  They become better at backslapping than debating.

Then I looked something up.  Those anti-maskers were all knuckle headed white people.  Most of the armed forces are minorities.  Then I looked up something else.  Minorities are not getting vaccinated by choice.  So I let him know.

He has not returned my call.

But it is the Taliban's desire for an Islamic State ruled by Islamic Law that really scares the shit out of me. If you want to talk abut knuckleheads, watch some of the BBC's coverage of that.  You'll have to see it on BBC because Fox, CNN, and MSNBC are beating the Cuomo story to death when they aren't arguing about Covid.  Biden's going to pay big for withdrawing from Afghanistan.

But enough of that.  Let's talk about me.  I had salmon patties last night.  I love salmon patties.  It is one of the things my mother makes that I like.  It was the first time she has cooked anything since she fell.  I insisted.  She is on the mend, and I want her to begin taking more personal responsibility.  I want to wean her off dependence so I can get back to the non-life I used to have.  It will be difficult, but I am withering. At least I can control my schedule in my own home.  I mean, I will be able to watch stupid YouTube videos all night if I want.  You know.  Cool stuff.

But we have to get through eight seasons of "Blacklist" first.  We are halfway through season six.

That's it.  That's all I got (to speak in the vernacular).  Except for the wonderful black and white photo I dug up yesterday when I was home.  Sometimes, when the tones are soft, black and white works wonders.

O.K.  I have to go keep a weather eye on the skies.  It has become hurricane season here.  Not a fun time of the year.