By Now We Must Be Geniuses 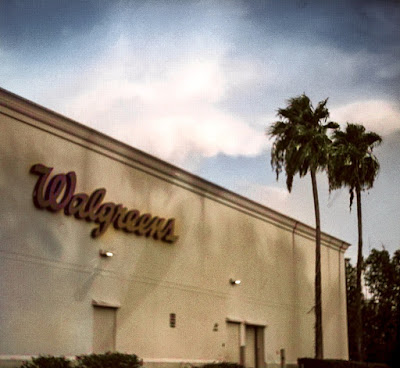 I went to the beauty parlor yesterday.  It began poorly.  I was early, and my beautician was late.  I sat for half an hour with the receptionist who had some hideous radio station playing loudly while she texted.  I don't know which were worse, the commercials or the music.  They were both torture.  I almost left.  When my beautician got there, she asked me how I was doing.  I told her I was about to have a nervous breakdown.  "Why?" she asked.

She did.  Round two.

My little Russian Jew's life has always been a mess, but with age and circumstance. . . you know how it goes.  The youthful glow has faded.  She is now a middle-aged mom.  I don't want to give her life away, but from where I sit, I wouldn't even trade mine for hers.  She and her partner--a cop--will not get the Covid vaccine.  She says she will not let her son wear a mask in school.  I won't bore you with the conversation, but her argument is what you would expect.  I couldn't believe my ears.  Her partner says it is all made up by the government, a fake.  It didn't sound like any of her Russian relatives and friends--almost her entire American community--were going to take the vaccine.

There I sat, face to face with it.  The rambling, confused line of uninformed opinions overwhelmed me.  I was speechless.

There is no hope, I fear.  The future seems dim.  I would simply turn my back on everything, just live in a bubble, but that is what she has done.  She says that people watch the news and get sick.  Not her.  She just wants to know about her own life.  She has withdrawn, she says, from the outside world.  But her talk was all bitterness and disappointment.  It doesn't seem that turning away has had the desired effect.

Is there anyone who is happier now than they were two years ago?  Probably only Ili.

Who was it who famously touted that we learn nothing from happiness, that happy people are an irritating bore?  Was it I?

We should all be geniuses by now.

But it is Sushi Friday,.  Yes. . . I've already decided.  I will buy a good bottle of sake this afternoon after I take my mother to her occupational therapy.  And though I'd rather be eating my takeout meal at my own home rather than sitting at my mother's kitchen table while she eats leftovers from last night. . .

My house seems a foreign place to me now when I visit, a strange museum, a house of memories.  Everything seems far away.

The leftovers are my mother's choice.  I offer to buy her dinner, but she steadfastly declines.

How did my hair turn out?  I don't know.  O.K., I guess.  I am not as blonde and she cut very little off.  She was distracted and in a hurry.  I don't care.  I probably won't see anyone until my next appointment anyway.  I'll not get to go anywhere this summer, it seems.

I'm out of pictures again.  Today's is the last of the big colorized set.  It is slightly out of focus.  That big camera is hard to use in the early evening's light.  But you know what they say. . . waste not, want not.

At least that's what my mother says.  That's why she's eating leftovers.