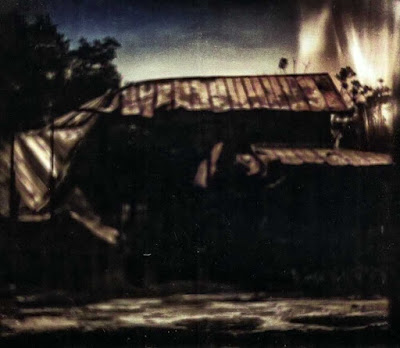 Another fortunate mistake.  This is the "better" luck I am having.  Yesterday I developed four sheets of color film.  One image seemed to show--barely.  The rest were totally blank.  Maybe I am forcing myself in the face of my failures, but I rather like this one.

Blank films were not my only disappointment yesterday, however.  My much anticipated holders for glass photo plates arrived.  They were expensive.  I ordered two.  They were not well made, though, 3D printed I assume, and the first one broke when I tried to load it.

I thought, however, to start today afresh with all the knowledge my failures have afforded me.

The forecast--thunderstorms.  Safari denied.  I'll not be schlepping that big camera around in the rain.

Beats the fuck out of me.

My mother and I watched "The Chair" in its entirety in two nights.  Now what?  They are not making shows quick enough for the Covid Culture.  What are we supposed to do. . . read?  That's so 20th century.  It is like reading used to be something hip (link).  Way back before YouTube.

Love me.  I just went on a rant for a few paragraphs but have deleted it.  I've spared you.  I've spared myself.  I don't want to be part of the Culture of Rage.  No, that's awkward.  Rage Culture.  More concise.

Here's what the image looked like before I colorized it. 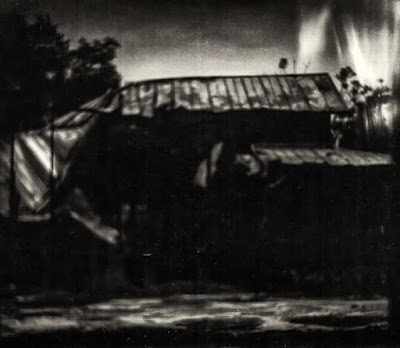 I have a hard time deciding which I like most.  I flip back and forth.  Yesterday it was the color version.  This morning, the black and white has more appeal.  No matter.  It was simply a fortunate mistake.  Could I duplicate it?  Probably.  I'm sure I will many times more.  It seems to be part of my creative DNA just now.