"What Do You Do with Your Photographs?" 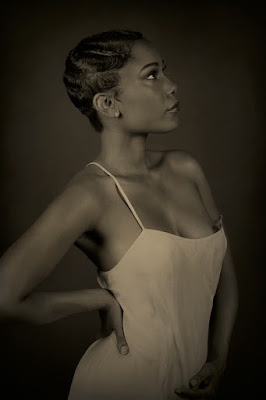 I read today that Josephine Baker was the first Black woman to be buried at the Parthenon.  I took this photo many years ago.  I thought of it when I read the headline.  I think the photo pretty groovy.  But tonight, sitting with my mother in the garage drinking our pre-dinner cocktails in our usual places with our usual demeanors, I told her of my day.  After the morning ablutions, I went to the gym, then rushed back to shower and dress and get her to her physical therapy by noon, after which we came back to her home where I warmed up some lunch in a pan from the night before.  Both.  I mean both the dinner and the pan. But I don't pay attention and her burners are very quirky, and I ended up burning the beans.  She was put off because I burned the pot, too.

But that was not what I spoke of.  What I told her about was developing my negatives from the day before, of scanning the negatives that had virtually no image due to underexposure, of making something of them anyway re digital magic, etc.

That was when she asked me the simplest but most injurious question.

"What do you do with your photos after you make them?"

What a simple question, right?  It jarred me to my very core.

"Well," I stumbled. . . "what does a guy who carves ducks in his garage do with them when he is done?  What does the stamp collector do with his books when they are full?  What does the fellow who builds miniature boats in bottles do. . . ?"

Sometimes I text them to friends who look at them on their phones and give them the tapback "thumbs up" but generally give no feedback at all.  I put some on nerdy photo sites where they are largely ignored.  Oh. . . back in the good old days I could get them published in online sites.  I used to trade photos with other, better photographers, too.  But now?  I don't know.

It was a blow to the heart, for sure.  Was she being intentionally cruel?  I doubt it.  I mean, my hillbilly cousin paints discarded cabinets she finds on the side of the road or at garage sales and sells them for pretty good money.  Sometimes she'll cover them in seashells she collects on vacation and sells them for more.  Such things are obviously more valuable than my photographs.

I almost took all my cameras out of my car and dumped them in the trash.  Really and truly.  But just then, and I mean in the millisecond before I trashed them all, I thought of Vivian Maier, and it saved me.  Really.  Who gives a shit what I do with them.  It was an evil question whether intended or not.

I have been at my mother's house for two months now, and she is taking me to the grave with her.  She doesn't do it consciously, I believe, but that does not mitigate the fact.  My movements have slowed, my mind has ossified.  I cannot watch the things I want, documentaries on artists and philosophers and writers.  I cannot watch the simplest things.  I've abandoned hope.  As I write, she is watching noise.  I can hear it.  She hops from channel to channel, Fox to Dylan to Frazier to Weather on the Ones.  Really, mom?  Has the weather changed in the last ten minutes?

And there is Dr. Pimple Popper.

My dreams are nightmares.  I have no purpose in this life.

"What do you do with you pictures when you make them?"

Noise.  This life is nothing but noise.

I am evil, I know.  One should not say such things.  But nobody I know has done this.  Brando let his parents die without much attention.  Others I know had parents who went to places where they were cared for unto death.  A friend I spoke with today has a mother the same age as mine.  She has 24/7 in home care.  I am a hillbilly with hillbilly money from a hillbilly family.  I know people who call their elderly parents from time to time.  They all "sympathize."  But they have other lives, other concerns.

I am crawling to the grave in so many ways I can't enumerate.

"You are sooooo lucky," my mother's friends say.  Sure am, she agrees while she watches three more episodes of "Gunsmoke."

I'm a cad to say this, a lout to complain.

Still, somebody please do me a favor and throw some dirt on me.  Put some pennies on my eyes.

My back is broken, my hips are done.  I cannot move at any pace.

Tomorrow I am having lunch with a woman I used to work with.  None of this will matter.  I will chatter like I always do, upbeat and delighted.  She will tell me of her coming new employment, and I will be excited for her.

If I can only get the Liberator to work for me.  I can't.  I haven't.  I can't even get the focus right.  Is it me, or is it the camera?  I wrote to the fellow who made it tonight to ask him.  He was very much not interested.  What happened?  I thought we were buddies?

I'll suffer through another night, and I will be here in the morning.  Outside are vicious storms.  I've already drunk much too much.  Soon it will be nine.