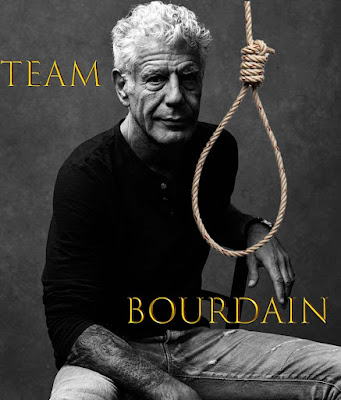 I've had a hell of a day.  Shall I tell you about it?  I can and will tonight only through the power of narcotics.  No. . . it is true.  They are marvelous things when you need them.  Tonight, I do.

Today was to be a photography day.  I had thought to leave town, but I decided this morning not to leave overnight.  So I drove slowly up the highway to Grit City making sure to stop anywhere I thought I might find a picture worth taking. No hurries, no worries.  I stopped early and often.  The first stop was at a church that had a big pumpkin patch across it's lawn.  I almost passed it by, but remembering why I was doing what I was doing, I turned around and pulled into their lot.  I pulled out my big Liberator and loaded it with glass plates.  As I walked up, an old couple selling pumpkins gave me the eye.  The woman got out of her chair and came forward, so I waved and said, "I'm going to take a picture of your pumpkin patch if it is alright."  I couldn't hear what she said, but she turned around and headed back to her chair.  I took the picture, went back to the car, got another camera, and took another.

Oops.  I forgot.  That was my second stop.  My first stop was at a sub place on the highway that has been in existence my entire life. . . a real dive.  "Kappy's," it is called.  I don't think the photo will be much, though.  I've tried to photograph it before and it never turns out.

Third stop was at an old cracker bar off the highway, the kind of place where there are people drinking in the morning.  When I pulled into the lot, a fellow came out and asked me if I smoked.  He was on his bike.  Yup.  It was that kind of place.

The fourth place had me crossing six lanes of traffic with a big camera.  I wanted to get a picture of a crazy billboard.  4x5.  Color.

I headed on to Grit.  I stopped at the Dairy Queen I didn't get a picture of last time.  I don't think that one will be much.  I drove on.  Building after building, stop after stop.  I drove down the waterfront and saw a Black couple fishing in front of a pier sitting in folding lawn chairs under an umbrella.  I took out the Liberator and loaded it with film.

"Excuse me," I said.  "Would you two mind if I used you in a picture I am taking of that dock?"

The woman turned and looked at me and said something I didn't hear.

The man answered.  "What are you going to use it for?"

That cracked him up.

I took two just to make sure.  He gave me his email address where I could send them.  I made sure not to write it down on anything spendable.

Next stop was an old building that was now a bar.  I parked in the empty lot across the street, pulled out a big camera and took a photo.  I went back to the car, got another camera and did it again.  Just then a big, burly fellow came out of the front door taking some big strides toward me.

"What's up?" he asked rather aggressively.  I thought about how to answer him for a minute, then I grinned.

"I'm with the FBI.  I just need to get some surveillance on this place for the main office."

He stopped for a minute, then he laughed.

"I was working inside and one of my employees said, 'Do you see that?  Is he with the city or what?'"

It was my turn to laugh.

"Yup.  I'm just the kind of guy the city sends out with an eighty year old film camera to see if everything is meeting regulations."

We chatted about his bar a bit.

"What kind of music do you have?"

"A little bit of everything.  We get national acts.  Molly Hatchett is playing here next week."

I laughed at that one.  "Molly Hatchett?"

I got his email address and told him I would send him a copy of the pic.

But that's the way it goes these days.  A man with a camera is suspect.  Probably a Russian agent.  I need to get a trench coat and a fedora to complete the look.

As the day wore on, I began to feel punky.  First my throat was sore, then my nose began to run.  I started sneezing and I got a headache.  Then it felt like I had a tooth ache in most of my teeth.  My muscles started to hurt, then my skin.  Still, I went to the grocery and got fixings for tonight.

When I got home, I went to bed.  When I got up, I felt worse.  Driving to my mother's, I knew there was no dinner in my future.  When I got there, she had the same symptoms as I.  She had been taking pain relievers and antihistamines all day.  She gave me some antihistamines to take home.  Before I left, the neighbor came over.  She had the been having the same symptoms.  What the fuck might it be?  I'd been out all weekend for the first time in a year and a half, so I figured I had picked up a breakthrough case of Covid.  But why would the neighbor have it?  I started thinking as I always do it was the bullshit space launch from the Cape.  God knows what they put into the atmosphere.  People always get sick after a space shot.

When I got back home, I decided to take one of the hydrocodone pills I'd stolen from my mother for when I felt the time had come.  Jesus.  That and a whiskey and the pain began to subside.  Narcotics are a miracle when you need them.  They should be legal and free.

That was a horrible night.  I woke up, if it could be called waking, with terrible body aches and a fever.  I was curled into a fetal ball.  Was I dying?  It felt as though I might be dying.  Well, that's what I get for going out this weekend.  I've been careful for a year and a half, then in one weekend. . . .

I feel like shit this morning.  I hurt.  I don't want to be conscious.  It will be a day of unrestful rest, lying about with eyes half open staring at the ceiling.  I'll call my mother in a bit and see how she is.  I ate nothing last night.  I don't feel like eating anything today, either.  I'll keep the tea pot going.

It might be a few days before I can make any pictures.