If Nobody's Watching, Are You Still Living? 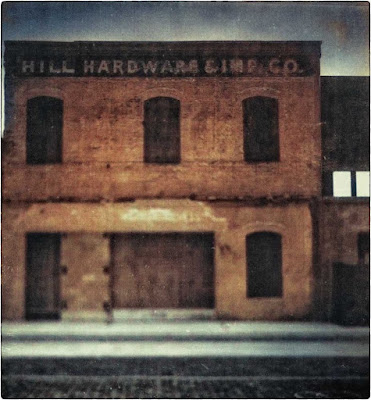 I wrote that title just before going to bed.  I'd spent the day at my house trying to get it ready as a habitat for living once again.  The chemistry/photo lab is gone from the kitchen. . . mostly.  I did a few chores outside.  I also began to realize that simply moving home was not going to be a panacea for what ails me.  It saddens me that I may never find the cure.

Many of my friends are traveling now, but what they report is disturbing.  A friend just got back from Hawaii.  He said it wasn't fun.  His words: "It was weird."  My friend who travels through Europe for business remarks on the emptiness of the cities.  It is not the same experience, he says.  If anyone was in doubt, the world is not going to return to "normal."  Trying to recreate old books and movies is futile.  That world is gone and will never come back.  I'm afraid that art and literature of the past is going to make less and less sense, especially to the young.  It has no connection to their realities.  Much of their world is virtual.  Their pleasures are not the same as those of their parents and grandparents.

That is what I think, anyway.

When I see parents trying to be friendly with their sons' and daughter's friends who are headed off to college, I am appalled by their insecure, almost desperate attempts to engage them as familiars, to speak to them as friends.  It is like watching The Disney Chanel where the kids are wise and have a secret language to deal with the oafish, ineffectual adults, tools to be used as needed but little more.  Adults, it seems, have abandoned their authority to a vastly more talented and beautiful generation.

That is what I think, anyway.

After cleaning up the house a bit, I came back to my mother's.  We were going across the street for a barbecue with the neighbors.  Neither of us wanted to go, but it is what you do.  Fortunately, there were a few other neighbors there, so the need to be constantly engaged in conversation was somewhat mitigated.  The men had a common interest it seemed.  A giant t.v. was blasting the Rays/Red Sox game, and that was the gist of the conversation until dinner was served at which point one might reasonably think the television would be turned off, or at least the audio, but no. . . I guess they are used to sports bars.  The food was bad and I eschewed the whiskey.  I did my best with the conversation and had the women laughing though one of the men seemed surly and not to care much for my company.  I didn't care beyond wishing I could show him to be stupid, but I was really only there because of my mother, so I suffered his painful face and smug look as I would have done at any meeting with outsiders at the factory.

Three hours later, we were home.  I poured a scotch and sat on the couch.  I turned the television to something on YouTube and immediately fell into a coma while my mother sat outside and watched the rain.  When I came to, a documentary about the life and career of Linda Ronstadt was just beginning.  I watched that and then another documentary on studio musicians known as The Wrecking Crew.  As much fun as the music was, such stories never end well, Ronstadt no longer able to sing, the result of Parkinson's disease, the Wrecking Crew left unnoticed, some diseased and broke, others dying or dead.

The inside of my head needs cleaning.  I just need to have it all scraped clean so I can start anew.  But that would not work, either.  The body is failing me, too.  I watch my mother, crooked and shuffling from place to place, room to room, in wonder and despair.  She found a large bottle of oxycodone the other day that she had not taken when she had her previous accident.  I mean a BIG bottle.  She just got a new prescription, too.  I eye them for future emergencies, an insurance policy, if you will.

I won't report the news to you.  It is mean and dangerous and awful.  Rather I will drink my coffee and go to the gym.  Then I will take my mother to therapy after which we will have lunch.  Then I will go back to my own home where I will prepare for and consider my eventual egress.