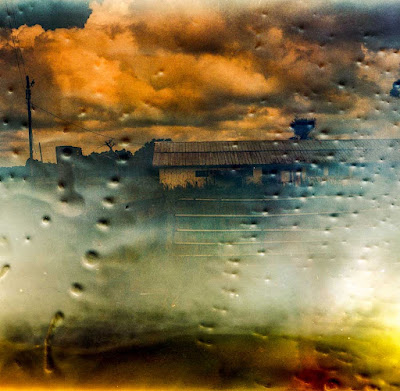 It was time.  I knew if I didn't do it yesterday. . . well, it would be bad.  An old man living with his mother just becomes weird at some point.  That point came.  I stayed through Labor Day.  My mother doesn't need me for very much any more, not on a practical basis.

So yesterday, I moved the coffee pot back home, and I'm going to sleep where the coffee pot resides.  Last night, for the first time in over two and a half months, I slept in my own bed.  I came home.

I was unexpectedly overcome with sadness when I drove away, though.  I teared up.  I'm like that.  An empath.  But sometimes a thing just has to be done.

I went back to have dinner with her last night.  She had packed everything up that I had left lying about.  She even packed up groceries.  It seemed a bit harsh, but. . . .

When I got back to my house, the familiarity with sitting at home alone hit me.  I made some tea and decided to eat a brownie I had frozen for future use.  As always, big mistake.  Jesus, I just can't eat that shit.  It makes me edgy.

My sleep was none too good.  This morning, I sit with coffee in my usual chair feeling the residual effects of last night's folly.  Today I begin my new regimen.  I'll be back to nightly yoga and meditation, teas and healthy snacks.  So I say, anyway.  I won't try to quit drinking, but it will be limited again to just a couple a day.  It just makes it easier not to drink.  I will eschew big chunks of meat by and large, and make soups and lots of vegetables.  I will snack on hummus. . . .  You know the drill.  But I drank so much at my mother's that I look like Fatty Arbuckle now.  I have to empty my tank a bit.

Now I will need to deal with my excuses for not living a more productive life.  I won't be able to blame my mother.  I probably will find that I was more productive in the brief time I had to myself than I am in the greater morass of time.  Maybe it was good to have an excuse.

But the thing is done.  And there is much maintenance that has been neglected, an overwhelming amount. It is already beginning to weigh me down.  So. . . don't worry about me getting too happy.

We know, that just wouldn't do.