My Mistakes, My Successes and a Proposed Journey to Svelteland 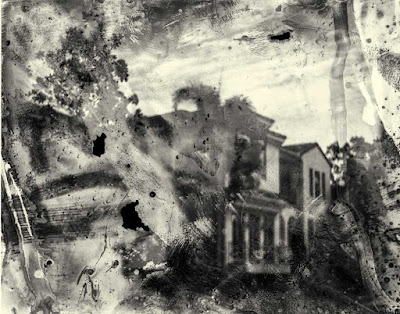 I went to the beautician yesterday, but I don't think I got beautified.  First off, my little friend, the Russian Jew, is in training for some body contest.  She's ripped if not jacked.  She is three weeks out from the competition and is on a strict diet.  Death sucking on a soda cracker, as they say.  It is a striking look.  But you know what that does to your outlook on things.  Well, maybe you don't.  If you are anything like me, you've never gone "there."  She was sitting outside taking some sun when I drove into the parking lot.  I wasn't even sure it was her.  It could have been any beautiful Russian woman.  This little shopping plaza is owned by Russians and filled with Russian owned shops.  Cold, beautiful Russian women are always somewhere around, sort of like a Bond movie.  When she saw my car, however, she stood up.  It was her.

"Well, your sex drive has to be metering around negative three."

Yea, yea, yea.  That's the way we talk to one another.

We always play catch up on one another's lives when I go, but we mostly talk about her life since I hardly have one.  I just make the funny observations about what she tells me.  She finds elements of truth there.  After a while, however, I realized she was brushing chemicals on my hair but wasn't using foils.

"Hey, what are you doing?  Why aren't you using foils?"

"I'm putting color in your hair.  You have enough blond."

O.K.  She is good.  I leave it to her.  But when I got home, I wasn't happy.  I don't know what color I am, but I am not blond, and I like being blond. WTF?  I got the zero calorie diet hair treatment.  I was in and out before the cuckoo sang.

I am going to start swimming in the old chlorine pool.  This color should be gone in no time.

But I'm not happy.

The photo.  You know what it is.  It's another fucked up C.S. picture, another mistake, another failed attempt.  But I kinda thought it was groovy, you know, and I sent it around to my friends.  Then I posted it on the little dry plate photographers group page with the message, "Let me know if you want any advice on how to make plates like this.  I am good at this."  I put a crazy face emoji at the end.  Turns out, people really liked it.  A lot.  Some on the forum said they didn't think I could do it again.  I said that was a fool's bet.  They just don't know how I can f things up.  But I feel weird about its popularity.  They don't really respond much to the ones that work.  The one, I mean.  I think people like my accidents more than they like my "successes."  But I agree.  I like accidents by and large because they are unrepeatable.

Sitting in front of the mirror yesterday with my jacked hairdresser behind me, I got sad.  I have become a fat, lumpy old guy.  Maybe that is why she made my hair an indistinguishable color, just so I can fade into the background.  Living with my mother, I just let myself get fat.  I can't believe how much I drank while I was there, so I know you wouldn't be able to.  The nerves, you know. . . they just needed SOMETHING.  I wish I could smoke pot, but it kills my broken lung.  Now that it is legal or semi-legal in most places, everyone is using.  On my mother's street, all the old folks have their medical marijuana cards.  That's cool, but it is something of a shame also.  I told my mother I wished I could smoke a joint.  She asked me what that was, and I realized all that old lingo is gone.  No doobies.  No ganja.  No dope.  It's gone the way of the old homosexual lifestyle.  Now that they can get married and hold hands in public. . . well, it is like David Hockney lamented, it's nice, but the Bohemian element is gone.  I like that Hockney lamented.

But I have to do something.  My belly is big as a beach ball.  My head seems to have doubled in size.  When I moved home, I was doing well.  I limited my drinking to two a day.  I was drinking herbal tea at night.  And as usual, I was making healthy meals.  First I lost the puffiness, then my stomach seemed to flatten out a bit.  I was able to cut my toenails without using an aqualung.  It was going great.  Then. . . I don't know. . . the sadness or something kicked in, and I dove in to the whiskey river.  With cookies.  And of course, I gained everything back plus some.  But sitting in front of those full length mirrors with skinny jacked chick behind me, fuck. . . I looked like Norm McDonald before he died.

I've got to quit drinking.  Hence. . . I wish I could smoke a doobie.  I'm sorry, but I am weak.  I need a crutch in my old age.  I'm thinking about tripping.  They used LSD to treat alcoholics in the '60s, and it worked like a miracle.  Of course they couldn't draw worth a shit after that and the stuff they wrote was pretty much gibberish.  Sure. . . there are trade offs.  But holy fuck, you've got to be some idiot member of a religious cult to seek out reality 24/7.  That just isn't for the thinking class.

I used to be able to quell a lot with exercise.  I went to the gym in the morning and ran in the evening.  I played basketball. I road bikes.  I worked out on heavy bags and even boxed for awhile.  But now. . . well, I'm a mess, and suddenly my hips are giving out.  I can't even walk most of the time.  My aerobic abilities are shit.

So, I have to cut the booze and the sugar and figure out how to stay sane.  Not "sane."  Maybe "calm."  I actually jumped out of my car a couple days ago when some fucker almost ran into me and then started yelling at me and flipping me off.  Fortunately for me, he sped away.  My hips hurt when I hobbled back thinking something was really wrong with me.

I'll try to begin today on my Journey to Svelte.  Yes, that is what I will become.  Svelte.

But it is hard to imagine being slim and elegant and not holding a martini glass.  Somehow that would just be wrong.