Another Blurry House, Another Sad Tale 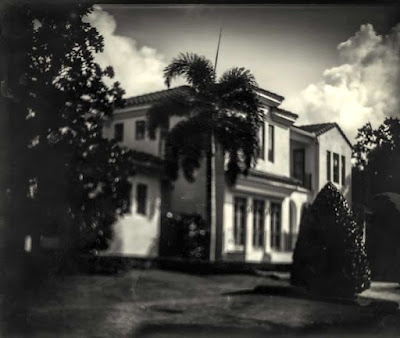 Yesterday I took TWO different 4x5 cameras out to photograph this house around the corner.  It just gets the best morning sunlight, really nice.  I made sure everything was right, that the film holder was firmly seated in the film back, that the focus was right on.  I did that with the liberator, then I did it with my Graflex Speed Graphic which focuses on the back ground glass.  I was truly satisfied I'd nailed it.  So. . . I came home and developed two plates, one from each camera, let them dry, then scanned them.  WTF?  Again, they are out of focus blurry.  I thought maybe it is the scanner or the way I am scanning, so I flipped them over and scanned again.  Then I took out the plate holder and scanned them directly on the scanning glass--both ways.

They were all blurry.

I've decided it is the house.  I think it must be out of focus.  There is no other explanation.

In truth, I'm disheartened.  I've spent a lot of time and energy and money trying to nail this large format dream I have, but it ain't working out.  I'm going to try shooting film in both cameras today.  I am flummoxed. 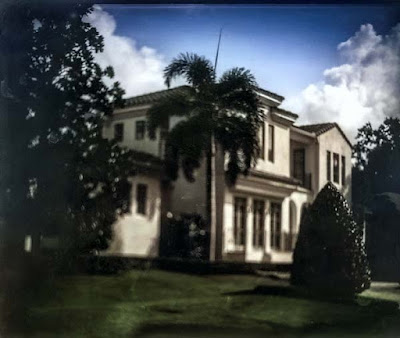 There are bigger problems in the world, I know, but I've decided to concern myself with this little one for awhile.  I'm hoping that one day my photographs will save the planet.
Posted by cafe selavy at 8:20 AM