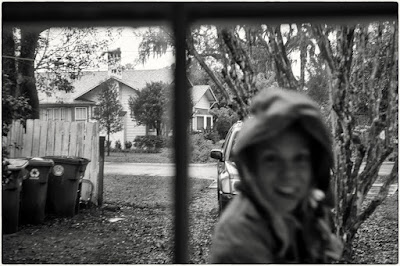 I slept last night without "comfort music" for the first time since infection.  Sure sign of improvement.  I took a mere two Tylenol yesterday, as well.  My neighbor, an anesthesiologist who is in the hospital every day, says my viral load should be pretty low by now.  He said I shouldn't have long term Covid effects since I have been vaccinated.  "It would have been a completely different story if you hadn't."  So. . . good news all around.

Now I need to move a bit.  I've watched far too much t.v. in my wasted state.  I've only watched one show--"Sex Education."  I am almost finished with Season 3.  It was recommended as a good show for Covid brain, and it was.  It begins as a very silly show and remains so but morphs into something more.  I don't want to oversell it, but if you want to know your kids, it might be good for you to watch.  It riffs on the Disney formula, ineffectual, good-hearted parents, wily kids who have to figure things out, and promotes an even greater diversity.  No, I can't recommend it unless you are sick and need something that doesn't require much of you.  It revealed to me how damaged I am, though.  I would start weeping at unusual times.  I guess it is difficult for someone my age with adolescent tendencies to watch adolescence ascending.

But last night, I had much more pleasant dreams.  I, too, became trapped in confused adorations.  Of sorts.

As I've begun feeling better, with nothing to do, I've been sending friends stupid things again.  I've managed to wear most of them out.  I had two "good to see you're still an asshole" texts within a few hours of one another.  One person told me to go "take a nap."  My adolescence is better dished in smaller doses, I guess.  My friends have grown up while I've been playing Peter Pan.  The fly in the ointment as I see it is that they think somehow it makes them wise.  I see mostly disappointment and bitterness.

I miss having a companion as goofy as I.

Bored, tired of t.v., I decided to go through my phone messages and delete the unwanted ones.  "What?  You keep phone messages?"  Mostly through sloth, I guess.  I scrolled to the bottom messages.  God, so many years of voice messages.  It is a wonder that my phone still works.  I started by listening to and deleting anything that had only a number and not a name.  Most were shit and got deleted but some were surprising, and those I kept.  I didn't delete anything from my mother.  Then I hit some surprises.  I really don't have many from Ili.  When I came upon the first one, I hesitated.  Then I listened.  There it all was, the excitement, the joy, the love, the anticipation.  I should have stopped there.  It was a downhill ride.

I could spend the rest of the week deleting messages.  I should be like my more mature friends and just delete them all.  But every time I've ever listened to "mature" voices and gotten rid of things, I've regretted it.

On the other hand, I carry too many things.

I will have to shower today.  That means, however, I will need to change the sheets into which I have sweated endlessly.  It will take great effort to strip and remake the king size bed.  It will wear me out and leave me tired, but I do need some exercise.  I imagine I will feel better after that until I look around the house and see the mess that needs to be cleaned.  Entropy is tangible and never-ending.  Especially mine.

It is, however, time to recover.  But you know what they say--"You can always come back, but you can't come back all the way" (Dylan).