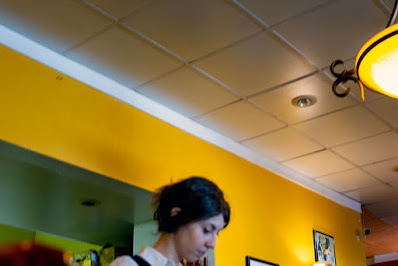 If you are looking for an uplifting or happy post, you'll need to go elsewhere.  If you are anything like me, though, other people's misery makes you feel less alone in the uncaring universe and so is not depressing to you at all.  Now interesting. . . that's another matter.  There needs be something interesting in a screed about misery.  Will I accomplish that, at least?

I doubt it, but if you have read this far, you are probably going to take your chances.  I've been interesting before, I swear.  It could happen again.  I mean it.  It could.

So the drip, drip, drip continues, and I believe it has gotten worse.  The sound of the drops hitting the water collected in the bucket is about ten times louder, too.  It is similar to the Chinese torture thing without the drop hitting the forehead.  It is fraying my nerves.  "Why don't you just turn off the water?" you ask.  I do.  And as soon as I do, I need to use the bathroom or wash my hands or get a drink of water.  Turning off the water is like a trigger.  I am beginning to understand triggers, you see.  My nerves are shot.

In the morning, I checked on my delivery of the two faucets I ordered on Amazon.  One was supposed to be here yesterday and the other today.  But no.  Amazon decided to bundle the two together.  They would be here Monday.  I couldn't trust that.  The plumber gets here Monday anytime after noon.  If the faucets didn't get here on time. . . .

So I cancelled the order and reordered separately.  One faucet is scheduled to be here today.  The other, still tomorrow.  I'm hoping I can stand the faucet that comes today and be done with it.

I spent the rest of the morning looking for faucets that could be delivered in a day.  And I found one I thought I might like.  And it was gold.  It was for a single hole faucet, but here's the thing. . . they make plates--called escutcheons--that will cover three hole sinks.  Perfect (I guess).  But what do you do about the fourth hole?  Well. . . they make soap dispensers for that one.  Well holy shit, then, I thought, I'm ordering that one.  But wait, honkey, not so fast.  Amazon doesn't have the escutcheon in stock, and you can't find it in gold from any of the big box stores.

Did I tell you about the kitchen floorboards warping from the water?

I had planned on stretching/yoga yesterday and a little meditation to quiet my anarchical mind.  I needed to align my nervous system.  It has gone into excruciating rebellion.  Sort of like American workers.  But I couldn't convince myself that the time was right.  I went outside and watered my palms and ligustrums and azaleas.  And when that was done, I made a mimosa and went to the big computer.  Where I stayed except to make more mimosas.  All afternoon.  Working on old S.F. images.  Until I was nearly blind.  Seventy-five images in all.  And when I was done, I went back and looked through them all.

With great disappointment.  I think my treatment of most of them was poor.  I decided I will have to go back to the raw files and start over.

My mother called.  Her arm was hurting badly, she said.  She must have done something to it.  She did not feel like eating dinner.  That was fine with me.  I did not feel like leaving the house.  I was tired, achey, depressed.

"But you're still coming over, aren't you?"

We sat outside, me with a premixed margarita, she with a beer.  Neither of us was talkative, neither having fun.  I ordered takeout sushi and waited another fifteen minutes before I left.  I didn't have any sake, but I was too tired or lazy or just kerflumpt to go to a liquor store.  I was going to take a bottle of wine from my mother's, but I forgot.  Well. . . I had a beer, I thought.

Nope.  The kobachi and rice and edamame were good, but I drank a sparkling water.

This morning I discovered that I had a bottle of sake here all along.

That's the way my shit has gone lately.

This morning the coffee seems weak.  Did I put too much water in the coffee maker? 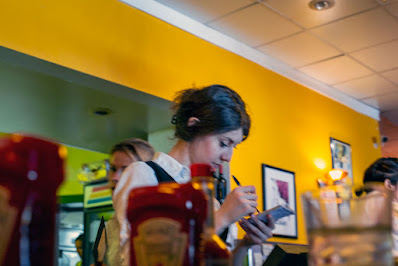 Lost and needing Xanax, I poured a big scotch and settled into the couch to watch t.v.  Everybody is talking about "Squid Games" on Netflix, so I figure it is a piece of shit show.  But I hadn't anything else good cued up, so I turned it on.

I was right.  WTF is wrong with people?

Having hardly moved a muscle all day, I went to bed exhausted.  I took half a zanny and didn't get up all night long.  But I dreamed.  I don't let my dreams disturb me any more.  I just try to enjoy them, even the bad ones.  But last night, for the first time in memory, my ex-wife appeared.  It did not go well.  Understandably, I guess.

Today I will do some things I don't want to do to make myself feel better.  It will take me half the day to clear out the clutter I have accumulated on every horizontal surface in my house.  But there is a plumber on Monday and maids on Tuesday.  It has to be done.

I'm thinking "Wednesday."  Perhaps I will feel better then.

The photos are from Cafe Mason, S.F., 2012.  Q and I had breakfast.  It seemed a magical place then. The food was excellent, the waitresses French and extremely desirable.

Oh. . . but I learned something from a Times article today about "gaze" (link).  A Black lesbian is "reinventing" the nude.  It is o.k., however, for her gaze is "multifaceted."  Apparently, all gazes are not equal.  I guess I have some work to do.