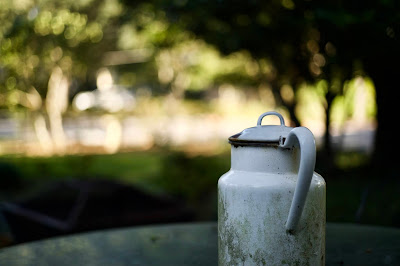 I'm O.K.  I'm just not.  Nothing seems headed in the right direction, but it will turn around.  I called the plumbing company.  It is not a plumbing company.  It is an engineering firm.  They have done all my recent work--changed out the electrical boxes, put in and serviced my a.c. units, and fixed the underground leak at the apartment.  They are a good company and are scheduled to come on Monday.  So I went looking for faucets.  Can't find one.  I am looking for a unicorn.  I went to the big places, Loews and Home Depot.  You find only the most functional units there.  I went to a high end bathroom and kitchen place in my own hometown.  I've been before.  They are real shits.  I knew I would be ignored and then treated like a peasant when I walked in.  I wasn't wrong.  But even they did not have anything in stock.  so I ordered on Amazon.  Taking no chances, I ordered two different faucets.  One would arrive today, said the website, the other tomorrow.  This morning, however, the website says they will arrive on Monday.  WTF?!  Monday won't do.  Now I am in a quandary.  There is another, very expensive faucet, a one hole rather than a four hole thing, that the site says will be here tomorrow.  But I have a four hole sink!  They sell an optional cover plate.  Well. . . the company does, but Amazon does not.  It seems I'm fucked all around.  I may have to reschedule the plumber.  Monday was good because my maids come on Tuesday.  I would have to reschedule until Wednesday.  Meanwhile, the water drip, drip, drips into the five gallon bucket.  I shut off the water to the house to stop it.  Inconvenient.

I did buy a replacement disposal, the same model as the one I have now.  It says "easy installation."  So do the faucets.  That is what I am going to tell the plumber.

"Boy, this is easy installation, huh?  You should be done lickety split.  Easy."

I keep telling myself I should just try to do it.  What could go wrong?  The internet says it is easy.  The packaging says it is easy.  You only need a couple screw drivers and a hammer. . . maybe something else.  Cut off the water and the power.  Undo a few screws or bolts or whatever.  Pull it out and put in the new one.

What kind of man am I, anyway?

I'm a reader and a dreamer.

But. . . what about Big Balls in Cowtown?

Fuck that, I think.  I don't feel well. Who wants a pair of big balls slapping up against their ass anyway.  It is an old man joke at best.

"What's it like making love to an old guy?"

It will be O.K.  I just feel disaster-ridden.

I watched a documentary about prison fighters in Thailand last night.  Thailand has a program where multiple murderers can fight their way out of prison.  If they are good enough, they can get a pardon.  Thai prisons don't look like much fun.  The documentary followed one fellow who stabbed a stranger in the neck one night.  He stabbed a kid who had just graduated high school.  He was with his girlfriend and went to a pub.  Some gangsters liked her and they had words.  When the couple left, the gang got on their motorbikes and followed them.  The fellow in prison was drunk.  He didn't know the kid.  He got off his bike and stabbed him.  The kid died.  The murderer was good at Muy Thai fighting.  He won a series of fights and was pardoned.  When he got out, he went back to live with his parents and his five year old son in their small home. He got up before dawn and worked the cooked chicken cart every day with his parents.  That was to be his future if he stayed out of trouble.

See?  Other people are lucky.  Me?  I have plumbing problems.  My trouble never ends.  Every time the world turns, why does it land on me?

Maybe I should take a mental health day?  Hah!

I took my mother to the doctor yesterday.  She is healed and needs not go back, but she will continue therapy.  She was happy I took her.  I went back in the late afternoon.  She wanted to make me dinner.  Pork chops, green beans, Jasmine rice, a garden salad.  It was the best meal I've had in weeks. 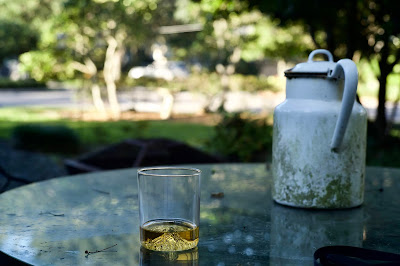