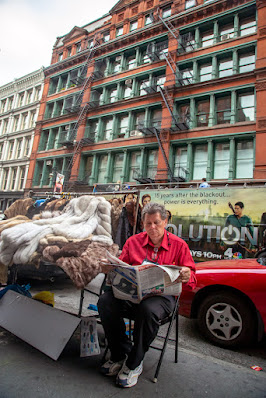 And yet, I think I should take the locksmith a box of donuts or something.

I have to repair my deck.  Actually, I will probably have to replace it.  I don't want to.  Fuck me, right?

One of the truly annoying things that happens when you don't drink is this clarity that accompanies sobriety.  It is the thing you were trying to dull in the first place.  Clarity, as Hemingway meant, is ok in the daylight, but at night, it's another thing.  Something has to happen at night or that sober madness will take you down.

One of the things that made happy hour visits to my mother's house o.k. was happy hour.  Now, with bubbly water, I am left to stare around at the ugly reality surrounding us.  Boy, I need to get over there and take care of some things.  There is no end to the taking care one can do.

And the neighbor's who come to chat are much less tolerable.  They will soon not like me very much.  Drinking gives you a certain amount of tolerance and humor that church and the Bible just can't.  I'm not nasty now, exactly, but my comments may be more to the point.  And though I've never read Andrew Carnegie, I don't think THAT is in the book "How to Win Friends and Influence People."

Ili didn't have a straight moment in the day, but boy she could Carnegie the shit out of people.  I'm pretty good at it, too, when I'm lubed.

I went to my mother's house yesterday for a quick afternoon visit.  I went early as I thought to get takeout sushi for the house.  Mother's neighbor was there, and for awhile we talked about the lifeless child who was brought back from the dead.  The stories take on horror proportions.  The man who was giving the child mouth-to-mouth said the infant squeezed his finger while he was doing it.  According to the coconut telegraph reports, the child faces many problems and has been placed in an induced coma.  The hospital wants to talk to the mother about options.  It is all terrible.

But the neighbor soon began telling her inane stories about her family and other people neither my mother nor I know, repetitive stories that mean nothing but which she tells breathlessly, laughing, of course, at her own story.  But there is nothing funny.  She is not on the sobriety train.  She maintains life and breath on a prescription roller coaster ride of Xanax. codeine, wine, and sleeping pills.  She used to be a party girl, she likes to remind us, and quite attractive to the fellas.

My bubbly water was gone.

"I'd better order up my sushi," I said, thinking to make a graceful exit.

"I took out some pork chops if you want to eat here."

"Goddamnit, ma, no I don't.  I want to eat my sushi and drink a couple bottles of sake on my deck and listen to music and smoke a cigar and sulk.  Fuck!"

That is what I thought, but that is not what I said.

After a three hour ordeal of neighbor chat, food prep, eating the meal, and having nothing to drink but tap water, I was home.

One scotch.  That is what I allow myself.  Each day.  I don't want to be in A.A.  I don't want to be a non-drinker.  I just want to get rid of this hideous belly fat.  So I poured the single drink and lit a cheroot and went out onto the deck in the darkness of a Friday night.  I thought about how much fun it would be to go to a cozy, intimate bar.  I was fooling myself, though, I knew.  A fat old man sitting in a bar alone is the beginning of about half the jokes told since the 19th century.

It is not, however, that I would go to pick someone up.  I've never asked a woman out, though I have been propositioned in bars many times.  I don't know, though.  I have a feeling that sitting in a little place might be very like sitting with my mother and her neighbor in the open garage.  Except--their would be liquor.

I had to giggle as I sat listening to the sounds of the early evening.  The night has changed since the time I bought the house.  The population has grown.  The night's sky is not as dark, the stars not as bright.  Airplane traffic has increased as has the traffic surrounding my neighborhood.  There are more sirens cutting through the evening air, more moronic halfwits driving cars with loud pipes.  Still, wafting from the college, I could hear some faint music of the night.  Looking around, I saw that the faeries were back, those lights I thought were radiant funguses.  The fellow down the street has turned his projector back on. It must be for the holidays.  It pleased me to remember my foolish panic of what was probably a year ago.

One drink does nothing except make you think about a second.  But I was done.  I grabbed some belly fat and shook my head and moved back into the house.

Clarity.  There was a lot of evening left.  All the outlines were bold, the corners sharp, the ticking go the clock thunderous.  If I ate a gummy, I wouldn't know it until bedtime.  It would really be hitting around midnight.  Fucking gummies are worthless.  I would have had to eat one around mid afternoon.

I've found a way to smoke, however, without hurting my lungs.  Lung.  And so I did.  I sat on the couch and turned on television.  The stupidity was both outside my body and within.  Smoking ain't like drinking.  I get smart on one and stupid on the other.  Yes, it's true.  Drinking makes me brilliant and it makes everyone else more tolerable.

I can see the attraction of AA meetings.  It is something to do on a Friday night.  I thought about looking one up for shits and giggles.

I was in bed shortly after nine.

At my mother's house, I watched the local news.  There are things going on all over the surrounding area this weekend, two music festivals, a biker weekend. . . a reptile show.  If I have any creative balls, I will take my camera to the reptile festival.  I will ask people to hold their snakes, lizards, alligators and turtles while I make their portraits.  That is what I thought, anyway, lying in the darkness of my bedroom just before drifting off into the land of disturbing dreams.

But I surely won't.  I have become worse than lethargic.  It is a progressive catatonia that immobilizes me. Oh, I have a certain routine, of course.  I will go to the gym and tell myself I am going to lose my gut.  And then I'll eat something healthy.  And later. . . I will go to mother's and she will ask me if I want her to make me dinner.  Maybe one of the neighbors will drop by.

And so, to end where we began--fuck me! 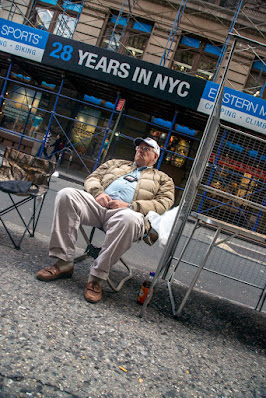 I think I just need to be happy performing the Full Brando.  Marlin.  Not the asshole ex-friend.  Though, truly, it is much the same.  Brigands and gluttons all.