Give a Nut a Gun 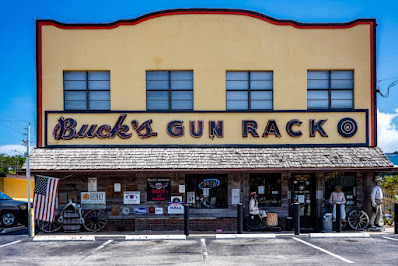 "Give a Nut a Gun."  That's my campaign motto.  I've got a 60/40 chance of winning on that platform in my state, the "Stand Your Ground" state.  I'm trying to get a bunch of friends together to go to a Trump rally with AK-whatever they are rifles and claim to be medics.  We'll wear blue hats and hippie t-shirts and shoot in self-defense.  No provocation is too large.

Oh. . . I'm not for the looters, either.  I don't look forward to getting popped with a 9mm.  That would hurt.

My republican bub is cheering.  I can't begin to understand that but on dark and evil terms.  But he is not alone.  Half the country is popping corks with their Johnson in hand.  This shit is better than Cialis.

What happened?  I grew up in hippie times.  Peace, love, and understanding.  The Age of Aquarius.  All you need is love.

Everyone looks pissed off now.  Everything is scary.  Who do YOU blame?  Whence all this anger?

But while all that was going on, I was having lunch with c.c. 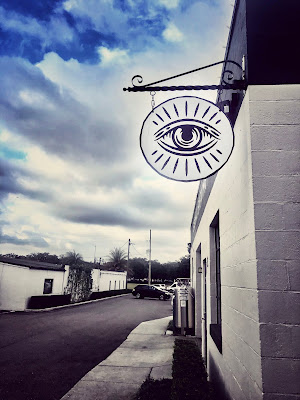 I'm not certain.  The place could have been an undercover Mason's Lodge masquerading as a brewery.  But the beers were good and they had boiled peanuts in multiple flavors.  The sandwiches were delightful. C.C. and I sat outside and drank and talked for over three hours.  He had chosen the best seats, a long table with a backless bench to sit on.  When I got up, I could barely.  But the day was pretty and the company good. . . it was quite the outing.  It is fun for me to kibitz with someone whose witty insouciance matches my own.  No topic taboo, no subject sacred, no statement too outrageous.

We are each capable of clearing a room full of people who consider themselves liberal with a single sentence.  Suddenly, everyone is crabbing toward the door.

It was late when we left the brewery, and having talked for three hours, I did not feel like going to my mother's to sit and chat for another two.  I called and said I wouldn't be over.  That was fine, she said.  She'd been out all day with her friend.  Good old mom.  She has decided it is time to get out of the house again.

I was thinking to have a Sushi Friday, but I wasn't really hungry.  What I wanted was a scotch and a cheroot, and seeing that it was the end of another long work week, I obliged.  Oh. . . I like drinking.  But I am getting so fat, I think I am developing an outie.  I thought there might be a medical term for this, but I couldn't find one.  I did, however, find a chart (link).

Dinner, thus, was an avocado and a bowl of lentil soup.  That should have done it, but I found a stash of Halloween Snickers in a bag.  Yikes. I knew I needed to cut out the calories for the rest of the night, so I ate on last piece of "candy" and found myself in la-la land.

I came to around 8:30, too early for bed, so I turned to Netflix to follow the seemingly unending story of Joe Tiger.  What more could there be after the first series, I wondered?  Holy smokes!  This is the weirdest story ever told.  Season Two might be even better than Season One.

And therein lie the pleasures of my retirement.  Here I sit in my velvet prison.

It is a rainy Saturday.  I think I like it.  Maybe I'll make an egg and sausage breakfast and get some mimosa juice to go with it.  Either that or I will go to the gym and sweat away another gram of fat.

But sure as shooting, I'm gonna get out my arsenal of weapons and oil 'em up making sure they are all cocked and loaded and ready for action.  Is it "locked" or "cocked"?  Maybe only half-cocked.  That's how they go off, they say.  Or rather, "Don't go off half-cocked now."  I never really thought about it before.  Are we talking about guns or male organs?  Truly, I don't know.  But if you're only half-cocked, you should probably watch football today.  That's a man's game.  Not like that sissy fucking soccer the Hipsters all like.

I would observe, however, that you never see an ad for Cialis while watching soccer.