I'll Bet I Haven't Lost Any Weight, Either 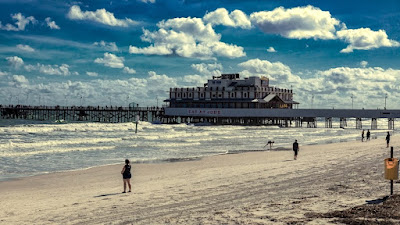 I am unhappy this morning.  I am without coffee.  I have a blood test today and have had to fast for fourteen hours.  What a life.  No alcohol.  No sugar.  No coffee.

But I did make a wonderful dinner for my mother and myself last night, a chicken and bean stew.  It called for something I've never cooked with before--adobo sauce with chipotle peppers.  Those of you who are familiar with it must be aghast, but I, hillbilly that I am, have never even had this on my radar.

It won't be the last time I use it in recipes.

Yesterday got away from me, however, and I didn't get to the grocery store until very late.  Hurrying to chop an onion, I cut my thumb with a very sharp knife.  As I tried to stench the flow of blood, clean the wound, and dress it, I realized what a drag it is sometimes to live alone.

After dinner, I watched "Don't Look Up."  It felt mandatory.  Everyone will have to sooner or later, it seems.  It was quirky, a liberal poke at the idiocy the right wing of this country has become.  A spoof, however, won't fix shit.  It is just desert for believers.  Still. . . when Jennifer Lawrence is onscreen, no matter how much you want to, you just can't look away.  She looks like a cross between CG and anime.  Unreal.