Sometimes I Sit and Wonder 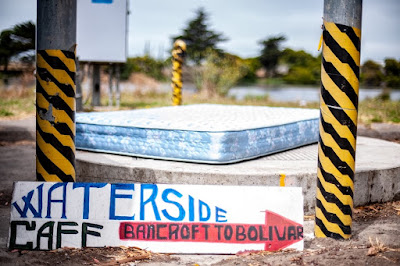 I have a doctor's appointment in a little bit.  Not looking forward to this--results.  There are some things with which I simply do not want to deal.  I've been anxious since I was last there, even depressed.  I have a big imagination.   Everything gets driven to the extreme.  The thing is, one day things will be, and I keep stepping up closer to that time.  I know how I do not want to live, but none of us really knows what we are willing to put up with for a little more time.  We think we do, but I'm not so certain.

I watched the NFL this weekend.  Every game.  Admittedly, I watched them in DVR time, but they were much better that way.  Every game came down to last plays, all games won with no time left on the clock. Unfortunately, my DVR cut off just before the end of the Bucs/Rams game and I didn't get to see that until I saw highlights later.  The end to the Chiefs/Bills game was an all-time forever thriller.

I guess the name "Chiefs" isn't offensive?  You know how people have adopted the Mexican usage of the word "jefe" in English?

I guess I can start calling people "Chief."

I watched football and sat in the house and didn't bathe for two days.  I watched tutorials as I try to get up to speed on editing in Premiere once again, and I watched tutorials on how to use my new camera gimbal effectively.  I worked on photos for the documentary.  The house was cold, or I was.  The smell of shit and death were pervasive.  I opened and closed doors and burned essential oils and incense until the rooms smelled like an Indian whorehouse.

I didn't even go over to see my mother.

Last night, I grilled a ribeye, the first beef I've had in weeks.  Maybe it was the cold, but I felt I needed it.  It was big.  It was good.

I miss having someone around to respond, "That's what she said."  I miss the stupid shit.

I used my new gimbal and made a selfie video tour of my house.  I sent it to friends in an effort to show that I do not look quite as hideous as I do in the pictures of me in my new hat that I sent them.  I also sent the video to people I've not seen in a long while so they would know what I look like now and would not be shocked if and when they see me again.

That's just me reaching out to the world.  It's a TikTok/Intsa-World.  Billions can't be wrong.

I gave up making videos years ago in favor of photography.  I'd forgotten how much work making a video is. . . if it is to be edited and make sense.  It is not a casual thing unless you get drunk and dance naked in your hat.  Everybody enjoys things like that.  But if you are going to try to tell any kind of story, you have to plan everything out, get all the things you need in the field.  Have you ever tried narration?  That, my friends, is even more difficult.  It's not like answering questions.  Nope.  Try it.

Jesus, it's cold here.  It is still near freezing though the morning's sunny.  I don't have the clothes for this any more.  I am a lazy southern pensioner.  I feel imposed upon if I have to put on more than shorts, flip-flops, and a t-shirt. 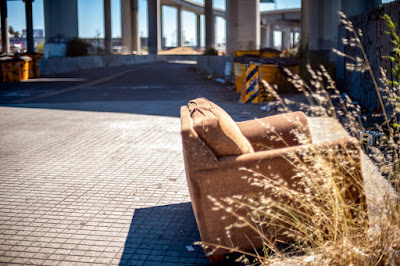 That's it. . . the inside of my navel-gazing world.  Nothing there but lint.  Not a hint of enlightenment.

Here's something silly to make you feel better.  Me.  One of us.