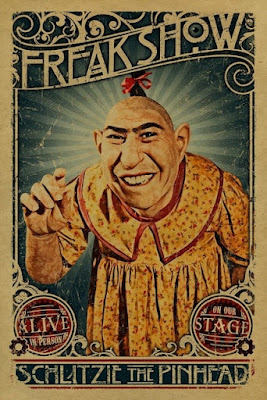 I went to the doctor's office yesterday to get the results of my bloodwork tests.  I've been stressing about this for two weeks.  Anxiety and depression.  For two days before going, I just sat in the house.  Now. . . you may think this is odd behavior, but for me it is absolutely normal.  This is my M.O.  As I've reported earlier, it's genetic.  My father was a worrier.  He'd sit at the kitchen table with a cup of coffee and a Camel staring into space, sometimes shaking his head to the negative, lips just pursed for a moment.  Then he'd take a sip of coffee and/or a pull on his cigarette.

This was a common occurrence.

Every time I go to the doctor's office, they weigh me and take my blood pressure.  The weighing is easy, and since January 4, I've lost four pounds.  Good news.  But as soon as they pull out the blood pressure cuff, my heart rate races.  And always--ALWAYS--my blood pressure is high.  Yesterday, however, the first reading was lower than the last time I was there.  Good news.  When the doctor came in, she wanted to take it again.  Uh-oh.  She had me stand which is the first time for that.  This time my blood pressure was not so good.  Not good at all.  She decided, though, that she needed to use a bigger cuff.  I have a big arm, she said.  I wanted to tell her I used to, but I was trying to calm myself.  With the bigger cuff, my b.p. was ten points lower.  So what does it mean?

"Anxiety doesn't cause your blood pressure to go up," she said.

"That's not what the cardiologist said," I thought but didn't say.  I'd need better credentials to argue with even a bad physician.  But just Google it and you'll see.  I have no idea why she says this to me.

She asked me all the same questions about sleep apnea, and I gave her all the same answers.  I try to realize that she is really doing this for my own good, but I can't help viewing her as Doctor Death.  I go in feeling one way and leave feeling another.

I told her I wasn't using the aqualung.  CPAP.  Whatever.

She wrote me a script to see a sleep apnea specialist.  I guess that means my insurance will pay.  But having lost weight and having an initial b.p. reading that was significantly lower than it was on my last visit, I was feeling like maybe Dry January was paying some dividends.

Then she pulled out the results of my bloodwork.

"Your blood work is good.  You are not insulin resistant.  I can't believe it."

She sounded miffed, really, like I had somehow betrayed her.

So it IS a good thing.

"I'll see you in three months," she said.

"Three months?"  I was shocked.

She just said, "Blood pressure," as she walked out of the room.

Jesus Christ. . . I was walking on air when I left the building.  I was alive!  I felt I could live another three months!

I didn't want to read the bloodwork report.  I didn't want to find anything that would upset me.  But when I stopped at my mother's house, she went over it with a magnifying glass.  Glucose good.  Triglycerides good.  Cholesterol high.

I looked at it for the first time.

"That's the good kind of cholesterol, ma.  That's o.k.  Better than o.k.  That's because of all the avocados and olive oil and fish I eat."

And the rest was good, too.

I think I'll travel a bit. 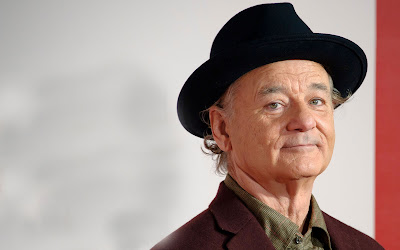 I got a note from my Famous Fashion Editor yesterday.  I hadn't heard from her for a week, not since I sent her a picture of the hat I had ordered.  She is sweet to write me.  I don't expect her to, but I love that she does.  But here, in part, was her response.

" i can’t pretend to like the hat on its own. it’s cosplay. few men can pull off that look. earnestly. it requires a certain level of self-belief. any trepidation won’t sell it. but that shouldn’t stop you from trying. maybe you’re the 1%. only you know."
Cosplay!!!  Jesus Christ, I'm the last person to entertain such a thing.  I hate getting dressed let alone going to pains.  But for years, I have called everything a "costume."  I have a bathing costume, a sleeping costume. . . I had work costumes, etc.  All clothing is costuming.  But the cosplay comment. . . fuck me!  Now I'm going to HAVE to wear the fucking hat.  I wasn't going to, but I can't let her have this.  I'm not even a hipster.  I just thought I'd try hats.
"I never thought of myself as a freak. . . ." 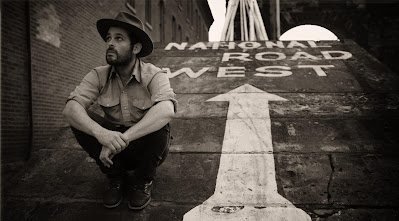 Oh. . . I know what she would say.  I can dress up like these famous people if it makes me feel better.  But c'mon girl. . . I'm already insecure.  I don't need any help.
I don't want to dis her.  I love the shit out of her, and I am amazingly proud of what she has done.  In truth, it is a little intimidating. . . if I were the type.  But I'm not.  Maybe a little by polymaths like Noam Chomsky, but. . . even there, I think I can be quicker on my feet.  Something.  A bit like Mohamed Ali.
So yea. . . look for me in that stupid fucking hat.  Thanks, babe.
It's no matter.  The world is a shit show.  When the next Great War starts in the next month or so, we will all look back nostalgically.
"Remember the Time of Covid?  Wasn't that fun?  Binge watching t.v., not going into the office, staying home and fucking around.  Remember food?  There was food back then, and electricity.  God. . . those were the good old days, weren't they?"
Biden was driven by the extreme left to give away money.  Now he'll be driven by the right to be aggressive in the Ukraine.  Whatever.  I've already said that this idea taking turns dying doesn't make any sense to me.  We should all die together.  There are enough nukes on the planet now. . . .
"Yea. . . I remember the Day's of Covid.  It was really pretty peaceful."
I'm not going to worry so much about the hat.  All I want to be able to do is fit back into my old jeans.