You Can Skip This One, Too 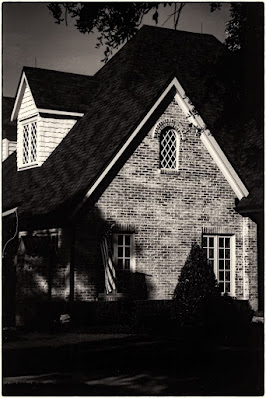 I'll never get to be a social media giant with photos like these.  It is difficult, however, when you have carried your cameras as you traverse the few square miles around your house over and over again.  All there is are shapes, shadow, and light.

Is are?  Seems awkward.  Shapes, shadow, and light are all that is.  Still seems odd.  All I see?  Works, but doesn't say the same thing.  Still, it might be more accurate.

Rewriting on the fly.

I turned on the news last night.  Bad juju.  I am better off not hearing those voices.  CNN and MSNBC are worried about Covid and insurrections.  I already know that, but they like to opine about it all night long.  They say republicans don't think there was an insurrection.  They also believe that there are times when violence against the government is justified.  This is curious to me.  Violence against non-elected governments, maybe, but what they are saying is that violence against the people you didn't vote for might be justified.  That is a horse of a different color.  I could better support the notion that violence against rich corporations that splash cash to sway elections is sometimes necessary.  The amount of money it takes to run a simple campaign lets Big Bucks choose the candidates.  But violence against the government is violence against voting.  I am beginning to see that people do not love democracy and that they never have.  People love having those in power who reflect their ideals.  Otherwise, fuck the government.  I get it.  I was a hippie.  I lived under the regimes of Nixon/Ford, Regan, two Bushes, and Trump.  But that doesn't even begin to explain the oppression down to the county and city levels.  Backward ass sheriffs and judges, etc.

I felt better when I cut the news.

This morning, though, I read that conservatives are tweeting that AOC is sexually frustrated to which she replies that they are creepy knuckle draggers who just want to date her.  I think "date" is euphemistic.  Tell me that we are not a nation of intellectuals.  Maybe they want to see her naked selfies, but those are the things you should only tell your friends.  And she knows she has the power of a pretty girl, but again. . . keep that info on the down low.

I felt punky yesterday and didn't do a thing but get my car washed.  I brought it home, however, and parked in my usual space under a camphor tree.  The tree is dropping its berries and my car was a mess again within hours.  I have other places I can park.  I am just stupid.

This is a worthless hunk of nothing today.  I don't mind the picture, though.  I took it with the Babylon 13 film.  Sweet stuff.