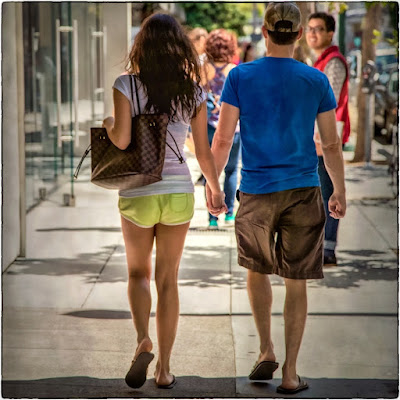 Well. . . February started off with a bang!  I uncorked a bottle of wine.  I thought about it deeply, for a long time, and came to the conclusion that not to do so would be the start of a new oppression, and I did not wish to serve yet another master.  And it wasn't just the wine.  I did not feel like cooking, so. . . what?  I thought about this a long time, too, and then it was past dinnertime.  "Popeyes!" I thought.

And after eating that, what better way to settle a greasy stomach than with the eternal grease cutter?

Yes, it was a grand start to White Discomfort Month.  That is what has been declared in my own home state.  Radios are playing white cover versions of old Negro tunes from the '50s and '60s.  We could call it "Pat Boone Month."  Such things are fine way down here in Dixie.

But that's just a regional thing.  Today is National Groundhog Day, a profound celebration in The Time of Covid when every day is so much like another I've not been able to tell the difference.  Longtime readers of this blog might remember why we call groundhogs "whistle pigs."  Do you?

I doubt it.  I didn't know this until a few years ago when my country cousin was here staying with my mother for the winter.  She had a pumpkin patch that had done very well, and she planned on selling them around Halloween, but one day when she went out, groundhogs had ruined the patch.

"They didn't bother eating a whole pumpkin," she said.  "They would just take a bite out of one and then move on to the next one."

The next day she got out her rifle, and when she saw one of the varmints across the field, she lay her gun hand across the banister and aimed.

"I'm not as steady as I used to be," she said, "so I just lay my hand across there to keep from shakin'."

Her first shot missed, she said, so she let out a whistle.

"When they hear a whistle, a groundhog will sit right up and give you a better target."

Another name for the groundhog is woodchuck, as in the old tongue twister, but hillbillies always refer to them as whistle pigs.

Nobody's gonna be shootin' at old Punxsutawnee Phil today, though.  It's important to know if he sees his shadow.

It's a White thing.

Now that I've celebrated, I can relax.  Every undefeated team needs a loss to take away the pressure.  I don't need anyone telling me, "Be a good boy, C.S.  You don't want to disappoint your mother now, do you?"

I love the old "You People."  Nothing crawls under the skin like that.

Oh, I made some purchases other than the illicit ones yesterday.  I bought tools.  I got a circular saw and a reciprocating saw.  And blades.  Now, though, it seems I'm playing with the Fear Factor.  Everyone, including Q, is worried I'm going to cut off a leg or a finger.  None of my friends ever let me touch electrical things that have blades.  I'm like an electrical saw virgin.  Now, all on my own, I have manly tools.

I went online to see how to use them.  Oh, boy. . . sexy women sell tools, I guess.  No. . . I don't guess. When they start talking about "oscillating" and "penetrating," all us manly men go wild.  I should have gotten into tools a long time ago.

. . . I may be traveling.  My cousin has a condo leant to her on the Gulf Coast in the town where many relatives live.  She is leaving to go there today.  My mother may go with her.  She has not made up her mind.  She said she would know in the morning.  It is morning.  I am waiting to find out.  If she goes, I will follow in a day or two, driving the long way on backroads through the middle of the state so that I can stop in some small towns on the way and, perhaps, make some pictures.  The tenant already agreed to feed the feral cat.  I bought some plywood to screw over the holes in the deck so that nobody falls through while I'm gone.

Now, before you jump my ass about being insensitive, I must tell you that I am getting ready to text one of my friends who is not excluded from being chosen as a Supreme Court nominee much of the same thing I've written here.  I forgot her birthday which was a few days ago, and I'm going to tell her that it was the excitement of the forthcoming White Discomfort Month that made me forgetful.  She will curse me and call me White Boy, etc.  We are all love.

I hate that we are divided by race, that race is a factor in determining things.  It is not that I am bigger than that, for I know I like about the same percentage of Black or any other race as I do white, which is to say not-so-many.  I'm an equal opportunity hater.  People, in general, just bug me.  They get under my skin which is called white but has some very dark undertones like many Europeans whose ancestors were conquered by the Moors for awhile.  Before I was a blond, I had dark hair and very blue eyes.  It was those eyes that. . . you know. . . .

All you can do is hope they love you back.