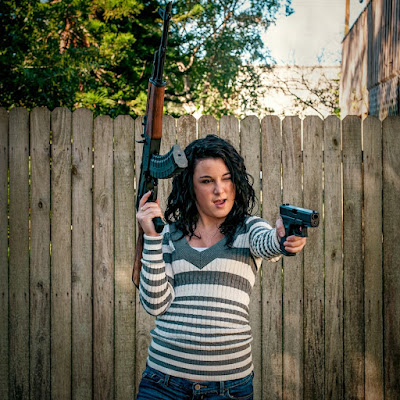 I told my buddy, "There are two good basketball games on today."  Well. . . I was hoping.  We always cheer for the underdogs, and there were two underdogs to cheer for yesterday.

They both got blown out.

"At least the Oscars come on later," I said jokingly.  There was no way I planned on watching the Oscars.

Still, I got to see the Big Bitch Slap online this morning.  WTF?  P Diddy or Pimp Daddy or whoever said they would settle this like family, though.

"Who let the fucking hillbillies into the Oscar show?!?"

I guess I know a little about it.  Grew up that way.  Bad cracker/redneck/hillbilly neighborhood.

"He said something about his mama."

You could tell that's the way Will Smith hit his children.  The act was red meat for every comedian in America. . . except for Chris Rock.  Now. . . what does HE do?  You never want to be the one bitch slapped in front of a crowd who doesn't fight back.  He DID get props, though, for not rubbing his face.  Good on that one.  Still, he'll be thinking about that for the rest of his life.  There is only one form of revenge available to him now. . . but it is not acceptable to say such things in the current climate.

But really. . . who invited the satyrs to the wedding?  Who the fuck gave them wine?

I think they should remand Will Smith's Oscar.  You shouldn't piss in the punch bowl at a big party like that.

Oh. . . you know that the right wing republicans are cheering that one, though.  Throwing meat to the lions.  Yup.

"It wasn't US who invited them.  It was the queers and the pedophiles who did that one.  "

Apple must be really pissed off about it.  Took attention away from a movie hardly anyone has seen.  There has to be some kind of scandal there.

I am just surprised that "West Side Story" and "Dune" didn't run away with the prizes.  Maybe they did.  I didn't see either film and I didn't watch the Oscars.

I shouldn't have watched the b-ball games, either.

Maybe that's just the way people behave after two years of lockdown.  Maybe our social skills have waned.  But it is difficult for me to judge.  I never really acquired them sufficiently.

The photo is of one of my relatives if that helps.  Just another piece of the puzzle.