The Romance of the Slideshow 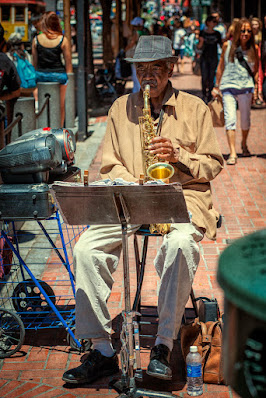 I have two guys coming to pressure wash the house tomorrow morning. After that, as soon as the leaves quit falling, I will order the mulch. Then I will put a sealer on the deck and stairs to the apartment. That's as far as I can think right now. I can't see beyond that.

Yesterday, late afternoon, I sat on the deck with a glass of Pinot and a little cheroot.  I had my phone with me, and it informed me that I had a picture story or whatever apple calls it made up of photo groupings in my collection.  I have not made any designations.  I don't label photos.  But, apparently, Apple does.  When I looked, they had made many, many stories for me, little musical slide presentations, some labeled by foods, some by geography, some by seasons, some just labelled "portraits."  I began playing them.

Shit.  They were all basically "The Ili Show."  There was Santa Fe, Detroit, New Orleans, Miami, New York, Cuba, Paris.  There we were in cafes, on the vespa, in airplanes, she always looking like a good instagram account, me looking rather hideous.  Then one came up that was just me.  Then another.  They were selfies from the Time of Covid, hair longer, blond.

I have gotten better looking--at least in pictures.  At least in the pictures I take.  When others take them, I still have the Quasimodo thing going on.  I could really be something if I had my own Instavanity account.

And of course, that is how I would rather be remembered.

But the Ili shows set me back.  Those pictures are like the Instagram thing.  They are pictures of when we were happiest and having fun.  There are no pictures from the traumatic and terrible times.  In photo memory, we were wonderful.

And there you go.  That is the wonder of photography.  It turns the past into a highlight reel of wonder.  And, of course, these were only the photos I had taken with my iPhone.  I rarely use it to take pictures.  But you know. . . I think I will do more with it. . . for the highlights.

I should be pissed at Apple for using my photographs that way.  I should.  It is an invasion.

Apple gives you the option to share the little video shows by email or text, and I thought I might send them to Ili.  She wouldn't have the photos as they are on my phone.  I thought about it, then decided against it.  I don't know.  Her ideas about these things might be much different than mine.  I remember mostly the good parts.  The bad creeps in only rarely, only occasionally.  I am just built that way.  I do not like to think about the bad parts of life much, though they force themselves to the surface once in awhile.  When I do let myself reflect on life's hardships, there are enough to overwhelm me.  My memory is much like those stories Apple cooked up.  Even the best memories are enough to make me cry.  The worst. . . let's not talk about it.

I guess I'm a real Victorian though I've never thought of myself in that way before.  But yea.  Veils and masks and beautification. . . .  I may be a Victorian Bohemian, but I'm sure Freud would have fun with me.

One drunken night, I might send those stories.  I might get sentimental and maudlin and just not mind the consequences.  I mean. . . unless she is like me. . . she's not getting any younger.

But in pictures. . . we'll be forever young.