Life Its Own Self 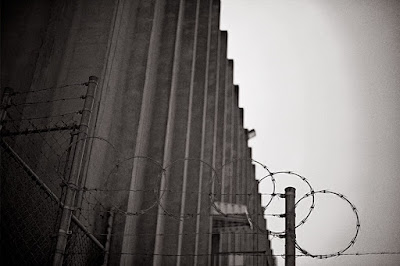 Maybe if we stand still in just the right position, if we don't move, if we barely breathe, maybe. . . just maybe, it will all go away.

I exhaled yesterday.  I had to.  One must, sometime, eventually.  I was otherwise engaged, you see.  Life its own self.

An early morning workout.  Earlier morning.  The maids were coming sooner than later though, as usual, I still did not know when.  The gym is fun.  I don't hurt myself there any more.  I talk some.  I laugh some.  And there is a girl there earlier than later that I would love to photograph.  I won't tell her.  I don't talk to people I've not been introduced to at the gym.  It is a bit of formality that I observe.  But the girls is straight up Mongolian.  That is what I pretend, anyway.  She is a yoga instructor, I know, because a fellow I chat with there is a a hound, of sorts, and he chatted her up a bit.  Prior to talking to her, he referred to her as "that vegan looking girl."  Now that we know she teaches yoga, I guess he might be right.  We now refer to her "Soy."  Is that awful?  It is better, perhaps, than the girl we have dubbed "The Twirler."  See?  You've jumped to conclusions.  You are worse than we.  She was--and I am not kidding about this at all--practicing her baton routine on the basketball court one day.  When in the hell have you seen someone twirling a baton in the past decade?  Hence--The Twirler.

I wonder what unflattering monicker others have for me?  You have to refer to people whose names you don't know in some descriptive term.  I'm certain my would be/is derogatory.

After the gym, I went to my mother's house.  My cousin says the toilet "is broke."

"It needs new insides," she said.

I said I would stop by and look.  I diddled around with it awhile.  Everything was working but the handle. It was, in the parlance of my relatives, just plumb wore out.  I showed it to my mother and said I would get a new one, but she said the fixit lady was coming tomorrow (today) with new guts.

Fine by me.  Still, I was a bit peeved.  Balls snipped.  Old Short Dick.

I expected the maids to be at the house when I returned, but indeed, they were not, nor was there a text telling me when they were coming.  Both miffed and relieved, I jumped into the shower and got cleaned up.  And then--and here comes the good part--I put on my new silly Japanese britches, what I horribly refer to as my Jap pants.  And oh my, are they groovy.  They are damn near hippie/hipster perfect.

But first, I needed to vote.  And just as I finished the last touches to my beautiful personage, the maids pulled into the driveway.

At the polling place, the man at the front door gave me the once over.  I don't look like I should be voting at my precinct place.  I am a "standout" in dress and demeanor (and I wonder what my derisive monicker is around the precinct, too).  But I am a friendly fellow, and so without rancor or blows, I was allowed inside.

It was a local election, the bad people vs. the not as bed people.  I was voting for the not as bad people and for all the amendments on the ballot that would require a super-majority in the City Council to change any land use rules.

I haven't seen the results yet.  Let me check.

After voting, I drove to the Boulevard to have lunch.  When I walked into the restaurant, I was greeted by name.  It astounds me, truly.  They don't even have my name right because I order takeout with the formal version of my name and not by nickname, but I don't mind.  I took a sidewalk table and was told my waitress would be with me in a moment.  What I got, though, was the manager of the restaurant.

"Things are changing," I said.

She agreed, then began telling me about her life, her husband and child and her mother who has moved in with her due to illness.  She pulled out her phone and began showing me photos.

"You could be my mother's brother," she said.

My inner voice said, "Fuck you," but I just grinned.  She is Brazilian and grew up in Rio, and she showed me photos of her handsome brother with a blond girl who turned out to be her.

"I grew up surfing," she said.  "That's why my hair was blond.  I was so beautiful.  I didn't even have to wear a bra then," she laughed.

She talked a long time, breathlessly, with excited eyes.  Whatever prompted all this, we were now friends. Her mother, it turns out, has terminal cancer, and I have decided to take her something nice.  I don't know what yet, but I will.

At the table in front of me were three cocky attorneys talking first about their kids (always about their kids' sports teams), then about a case.  It was fascinating, really.  It seems they are representing one party in a dispute over a 100 million dollar deal that went south.  There was much intrigue, perhaps IT fraud, duplicity, hidden money, vendors not paid, etc.  As I say, they were real cockhounds, and I wished I were an attorney opposing them.  I learned from Ili that attorneys are often stupid or sloppy and that cases are arguments laid out like puzzles.  I love to look for the cracks and overlooked portions of their arguments, to be clever and beat them.

That was my lunchtime fantasy, anyway.  I wanted to beat them with my groovy Jap pants and my bleach blond hair.  Yea.

While I was eating, I got a text that the HVAC maintenance guy was on his way to my house, so I finished up to get home and greet him.  It turned out to be the same guy who always comes, and I greeted him as "friend" and talked about nothing and the price of gas for a bit, then I sat down with my new book on H.S. Thompson and let him work.

The book is really good, written in an academic style, almost in the manner of a dissertation, not like most books on Thompson, not like some Vanity Fair article by Dominick Dunne.  He worked and I read for two hours.  I decided to sip some whiskey while I read and he worked, but not obviously.  I wouldn't want him to know.

When he finished, it was time to head over to my mother's, but first, I needed to refill at the liquor store.  And, even more surprisingly than at the sushi restaurant, when I walked in, I was greeted by name, the right one.  I'm not sure that this is a good sign, however.  They even know that I often buy sake on Fridays.  Life is good, but maybe I should be concerned.

At my mother's I smoked a cheroot and chatted about the usual stuff.  My cousin is usually stoned and talks nonstop and I, of course, endeavor to keep up, but it wears me out completely, so at the end of my cheroot, I said I was going up to the Peruvian chicken place to get a takeout dinner.  I didn't want to mess up the kitchen right away.  The maids always make is sparkle like something out of a t.v. commercial.  I wanted to keep it that way for at least a day.

I ate my dinner on the deck in the failing light as evening threatened another monsoon.  The tenant was returning from a walk and stopped by to talk me through my dinner.  There were a few preliminary drops of rain.  She left and I finished up and took myself inside.  Would I watch the news?  I'd rather read.

I did both.  And then, mid-evening, I put down the book and turned on the television.  It had been a good day, a nice day, but I was overwhelmed with the desire to hold My Own True love in my arms for the night.  There is nothing in life that feels better than cradling your own true love.

The morning is a dull gray.  City trucks are in the street.  It is tree trimming time, and, like yesterday, there are the sounds of trucks backing up and of angry chainsaws growling and voracious chippers chipping.  There are men in orange vests prowling the streets.

Life goes on.  Its own self.