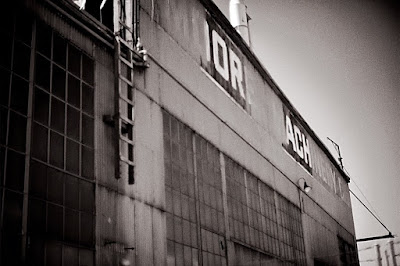 The dead outnumber the living, but Death takes no comfort in that, it seems.  Nearly 60 million people died last year, the deadliest year in history.

For Whom the Bell Tolls, etc.

I thought to be productive yesterday.  I did some of this and some of that, then I decided to have a look around and see if I could find my tax documents.  There are only three as far as I know.  And sure as shooting, I found them right where I hoped they'd be.  I sat right down and wrote an email to my accountant.

"Hey, Frank, d'ya wanna file taxes on time this year?  Here's my tax stuff.  If I need any other documents, let me know."

Frank's a character.  He's been doing my taxes for nearly a quarter century.  He's like some movie Mafia accountant.  He is a short Italian Jew with big middle-eastern lips and a middle-eastern nose.  His gut, though, is the first thing you see.  He never seemed to leave his office, a small home office, dirty and cluttered.  I'm guessing no one was allowed to touch anything in there but him.

He had a lot of entertainment business clients, and he had me.  He and his wife liked me for some unknown reason.

"I gotta watch my wife around you," he'd joke.  "She thinks you're really something.  I tell her you are, we just don't know what."  His wife would always come in excited to see me.  She would tell me she saw me in my Jeep with the top down.

"I always love to see you driving," she'd say.  "You look like you're having so much fun."

That's the way it is in my own hometown.  You see people.

Later, as his daughter grew up, they told me she had a crush on me.  She still lived with her parents and went to Country Club College.

Frank was a jokester.  He told bad jokes and made bad quips.  It was difficult, but I would laugh.

He always wanted to go to lunch.  Each year, I would just hand him my credit card statements with items I thought were important highlighted.

"You sure eat out a lot.  If I ever need a restaurant recommendation, I'm going to call you.  Next month when it isn't so busy, I'll call you.  We'll go to lunch.  I'll treat."

We never did go to lunch.

As Frank got older (he was in his seventies), he dropped clients.  He only kept a few.

A little while after I sent the email, I got a reply from Frank's wife.  It just said, "Call me."  Then the phone rang.

It was Frank's wife.  She was crying.  Frank, she said, died two weeks ago.  It was sudden.

"I was talking to him and a minute later he was gone."

I didn't ask.  It must have been his heart.

"He had been so careful with Covid and all.  You were one of his favorite people, you know.  Just before he died he said that now with the Corona restrictions lifted, you know, he was going to get you to go to lunch."

I said the usual things and maybe some that weren't.  I told her if she needed anything. . . . .

It floored me.  Another piece of my life just gone.  The floor tilted.  I was dizzy with it.

Our best defense against death, it seems, is youth.  I watched the news.  Russia bombed a maternity hospital.  Even youth is no defense.

Death seems a specter now, something that surrounds us.  There are more things that will kill us every day.  We manufacture many.  Nature does the rest.  It gets harder to be carefree.  In my life, I've done plenty of "death defying" things.  I've been lucky.

This morning is funereal, the sky somber and dark.  I will take a sympathy card to Frank's wife today.  He was a real character.  My world keeps shrinking.