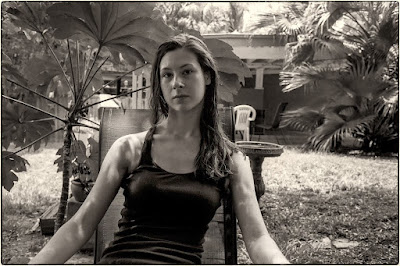 I went to a happy hour thing with the factory group yesterday.  It was fun, but I'm getting old.  I don't know.  I just don't want to keep up with the snappy talk anymore.  It feels like little explosions all around me.  I've always been a bit of a wallflower in a group setting, but it is getting worse.  I don't relax.  I feel a constant tension inside.

I am a genetic contrarian, so I must always say the wrong thing.  And everyone is much younger than I though they have all reached middle-age.  It didn't matter much before, but I am beginning to feel the difference.  I am slowing down.  Perhaps it was the Covid thing.  And I can tell it wasn't just me.  When I see people I haven't seen in a couple years, they look ten years older.  I don't think the present era is extending longevity.

No one spoke about Russia or the Ukraine.  Most of the political talk was about Jackson Brown, Graham, and Cruz.  As I've said before, these kids are that thing that DeSantos hates.  Maybe the war in the Ukraine is too problematic to fit into easy categories, too consequential.  Identity politics is an easier game, perhaps.

I'd have rather talked about the war.

In general, I've never been any good at all with group dynamics.  Remember, these kids all grew up on "Big Brother" "The Bachelor," and shows where you get kicked off the island.  They teethed on social media.  I have a faux-media account, but I am really very bad at it.  I don't understand all the "likes."  I have a hard time "liking" things, but it seems to be what one is expected to do.  Even in the group text from the factory, people "like" things.  Hell, they even seem to "like" a "like."

I grew up in a cracker/hillbilly/redneck world where people barely spoke.  You sure as hell didn't get praised for little things.  You might get a nod from someone if you scored a touchdown or hit a home run, but people didn't shit themselves over you.

I think the world went to shit when football players started celebrating on the field after they made a tackle.  Jesus Christ, I would think, you made a fucking tackle.  That happens on every play.

Whatever.  Understatement gets you nowhere these days.

I saw an old friend last night I haven't seen since I left the factory.  She has three teenage girls.  I said I didn't think kids have as much fun as "we" did.  She said it was true.  She talked about the lives of her daughters.  It was fretful.  There isn't so much hope, I think, as there used to be when the nature was bountiful, the oceans seemingly limitless.  Men were going into outer space and there were still blank spaces on the map.  Where do imaginations go now?  What do people dream?