"Back in the Day" 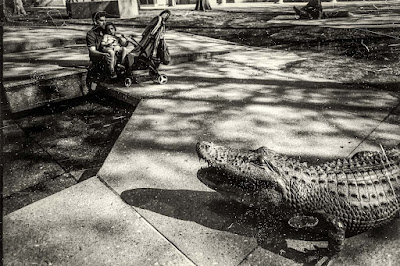 That song I posted yesterday reminds me of the old Jack in the Box restaurants.  I had never seen one but I had heard Johnny Carson refer to the chain in many of his monologues.  They were a mystery to me, something simply California.  But it was like that then.  Things were regional.  You had to travel to experience things.

On my first trip around the country on my own, I got to eat in a Jack in the Box.  As I remember it, they were always playing music that sounded like that.

I don't remember ever eating in a Del Taco, another of Carson's touchstones.  Carson brought me that longing for California.  And now, thinking back, I may have eaten in a Del Taco in L.A. one night.  I was sitting at an outside table when a couple of Chicano fellows sitting atop a table across the lot started tossing some Spanish my way and laughing.  Getting cut by some pachucos wasn't in my travel plans.

It wasn't just California, though.  There were things all over the country you needed to experience.  Jax and Dixie beers in New Orleans, for instance.  Coors, of course, was iconic because it had no preservatives and had to be kept refrigerated.  People would load up a big ice chest with Coors and drive it back from Colorado, and you might get one if you were lucky.  That was one of the things you looked forward to, though, when traveling through the Centennial State.  I had my first Lone Star in a barbecue joint a few blocks from the Greyhound Bus Station in Houston.  Big thrill.  Hamms and Schmidt beers in the American midwest, Olympia in Washington.

Silly things, but it was part of your hip heritage when I was young.  Just like reading books.  At parties, you parried for cool with others by having read the right things.

"Oh, man. . . you never read Reznikoff?  Jesus, he's like the quintessential poet of the working class."

"I met him once out in Washington.  Yea. . . we were sitting in this little dive spaghetti place drinking Olympia and looking out over this great, broad river.  No shit, man. . . he was really cool."

Girls were the score keepers.  If you hit the right notes, had the right panache. . . .

Now Pabst, Miller, and Anheuser-Busch have bought all the regional breweries up.  I'm sure you can have them all delivered same day by Amazon if you a Prime member.  As with anything else.

Don't misunderstand me.  I'm a Prime member.  I order stuff from Amazon all the time.  Hell, you can even get the cool, obscure authors that once would give you that Bohemian elan.

Now, I guess, it is a trip to Disney to show your support for Say Gay.

"Yea, we chose Disney over Universal, you know, 'cause we wanted to show our support."

Everything is everywhere now.

Jack in the Box wasn't all that good, by the way.  That song, though, reminded me of the time.