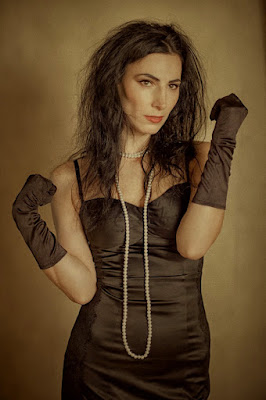 Just a brief update on yesterday's technology.  No, no. . . don't go.  I swear, I'll be brief.  First, let me tell you what happened in the oven.  It was like nuclear winter in there.  All that was left was white ash lying in the bottom tray.  It looked like a cremation of a tiny animal.  If you have a self-cleaning oven, do it.  You'll see.

The computer stuff didn't go as I had planned.  I got things set up on the desk, kind of.  The two scanners are on the racks, but putting the monitor on one made it too high.  It was no good for my neck.  I hooked up the new port hub and it is fine except it has a big power cord and one of this block transformers or whatever they are that sits next to it.  A bit of a mess.  I had to crawl under my desk to redo some wiring.  That made me feel about 100 years old, but I got there.  And what did I find?  An expensive pair of Sony headphones that had never been opened and an expensive microphone that had somehow gotten there (I've been looking for it for months).

When that was all straightened out, I began to stack the hard drives on the back side of the desk.  The mess began to take shape.  Every one of those hard drives takes a power cord with one of those block transformers.  By the time I had three of them set up, my desk was a power cord mess once again.  I realized that I needed to move the power strip to the floor behind the desk but the Apple computer power cord won't reach that far.  I need another power strip and an extension cord which means another trip to Office Depot.

But once I got the drives hooked up, I began to browse.  I needed to see what was on them.  Holy smokes! I was finding folders and files I haven't seen in many years.  Indeed, I'd either forgotten I had them or thought them lost.  And I went from browsing to tinkering, then into post-production.  I worked on a few.

The hours passed, and I realized I was woozy and weak and had missed lunch.  I threw a couple of Boca Burgers on and had a beer.  That slowed me down, but I punched through and went back to the office to get back to work.

Oy.  The room was a mess. Not only does every drive need a power cord, but they are of various ages.  Each one takes a different version of cabling--all the various USB and Lightning cables that Apple has presented over the years.

I went on a search for power cords. I didn't have enough nor the variety for all the drives, each of them having not just different cabling requirements but power cord plugs, too.  I went through drawers.  I went to the garage.  I finally found a bag I'd put them in in a closet.

More cabling, more cording.  The mess grew.  There was no way of stopping it.  I felt like Mickey Mouse in the Wizard's hat in "Fantasia."

O.K.  That wasn't brief.  I'll stop.  The office is still a mess.  I will need to make a trip to Office Depot first thing.  Or maybe second.

The image today is from those lost files.  It had never been touched.  I wanted to see if I could still cook it the way I used to.  The tools are different, though.  I need to work to remember the order in which I tweak things.  It's like baking poop bread.  You do one thing wrong and you have to start over.  And like making poop bread, it takes a lot of time.

One of my photography professors has died.  He is the second.  The first was Todd Walker many years ago.  This week, Jerry Uelsmann. At one time, his photographs were the most expensive in the world for a living artist.  His darkroom photomontages broke brand new ground.  He used to tell us that his work was "obviously symbolic, but not symbolically obvious."  I have one of his failed prints I took from one of his class demos.  It is solarized to an overall gray.  Still. . . .

He was married to the artist Maggie Taylor for many years.  I went to hear him lecture at Country Club College a few years ago.  He was still a funny and vibrant man.  He explained the irony of being married to a photoshop wizard like Taylor when he himself never used it.  He was amazed by the work, however, but said he felt like he'd "been teaching horseshoes for my entire career."

Taylor had recently divorced him, though, and he was both saddened by and bitter about it.

I'll have another go at the office today.  It will end in frustration, but it will end.  I will surrender to the inevitable.  BUT--I will have access to my drives again, and I will spend the next days and weeks organizing the fuckers.  And then. . . old work emerging?  I am constantly surprised by what is in there that has been left untouched.

I'll leave you with some Europop today.  Just to irritate my friends.