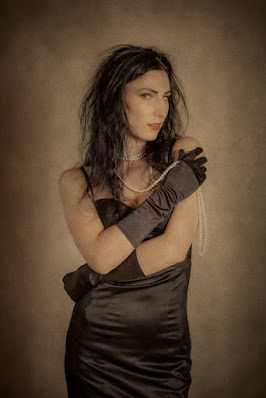 I'll continue to use these newly hatched images as I am goofy as hell this morning after a terrible night of drinking and drugs.  The night wasn't terrible.  The morning is.

It began with the coffee fiasco.  I forgot to put the coffee beans in the coffee maker's grinder last night.  I got up and hit the button, as usual, but when I came back to pour the coffee, it was barely stained water.  I had to begin again.

Then I looked for my glasses.  I can't find them.  You know the ones?  The ones I found in the InstaPot af few weeks ago?  Yea.

I need to quit drinking.  And I will.  Tomorrow.  There is nothing that can't be done--tomorrow.

I have been transferring files from the old hard drives to the new one.  I have been transferring files for ten hours now.  Maybe more.  I think I have over 200,000 raw digital files for the Lonesomeville project alone.  What I am saying is that I clicked the shutter over 200,000 times.  I think this is accurate though it seems low to me.  But this does not include the Polaroids or any other film I shot.

But where the fuck are my glasses?

My mother called me early yesterday.  My cousin is leaving on Sunday, so my mother wanted to take her out to eat last night.  Outback.

"Do you really want to go to Outback?"

She did.  My cousin is a very picky eater.  She won't eat seafood or chicken.  She eats mostly pork and sweets, but she'll have beef sometimes, especially hamburger.  She loves the Golden Corral and Denny's.  I had no choice but to say yes.

It is not really food.  I don't know how they get to classify that as food.  I know they grow it all in a warehouse somewhere.

That is one of the reasons I drank so much last night.  My body didn't recognize that meal as food.

Knowing what lay ahead of me later, though, I decided to go out for a sushi lunch.  The day was gorgeous.  I sat at a sidewalk table and the manager came to wait on me once again.  I think she is mad about me in some way.  She is married, has a son, and takes care of her dying mother.  Yesterday she was not doing well.

"My cyst is swollen," she said to me as if I was already privy to her medical condition. "Here, feel," she said reaching for my wrist.

She went on to inform me of what they could and couldn't do for her.  She is supposed to stay off her feet but can't.  She has to work.  She will get it removed at the end of the year.

I looked at her dilated pupils and noted her lack of verve.  Poor girl.  It is terrible what humans are made to endure.

She recommended a sushi roll to me.

"It is my favorite," she said.

I sat on the sidewalk alone watching the passersby.  There seemed to be a plethora of older girls and young women in short, short skirts and shirts that showed their small waists and flat bellies.  How in the hell do they do it?  There has never been a generation with smaller waists or tighter bellies.  They are a miracle, truly.  But the thing is, they don't look happy.  None of them emit a joi de vivre, nothing close to that.  They look hard and self contained and suspicious.  Suspicious, mostly.  They probably think that somebody is going to look at them.  They've been taught that that is bad.  Exploiters and creepers abound and they are bait.

I don't get it, but I do.  I read yesterday in the Times that this generation finds it more arduous than did previous generations did to date.  They find it less satisfying.  My tenant has a son in college.  He finds girls on Tinder.  What?  WTF!  But the article I read reifies that.  They are online daters.  I can't imagine.

They are The Most Beautiful and the Angriest Generation.

It's your fault.  I DO blame you.  Back to Larkin.

They fuck you up, your mum and dad.
They may not mean to, but they do.
They fill you with the faults they had
And add some extra, just for you.

Old Philip always had a line on things.

When the sushi finally arrived, oo-la-la, she was right.  There was a little cilantro in it, and that just set it off.

I was glad to make her smile.

Today is a carbon copy of yesterday.  The weather, I mean.  Coffee is helping a little.  I need to move and get the old blood flowing.  Then a shower and lots and lots of water.  And maybe later, you know. . . I'll be fine.